There would be no retrenchment of employees and that their services conditions would also not be affected post merger. 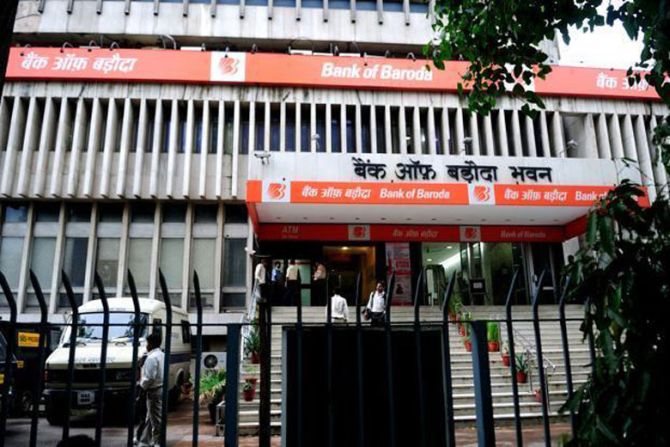 Paving the way for the first ever-three way merger of public sector lenders, the Cabinet on Wednesday approved amalgamation of Dena Bank and Vijaya Bank with Bank of Baroda that would create the country's third largest lender.

Law Minister Ravi Shankar Prasad said there would be no retrenchment of employees and that their services conditions would also not be affected post merger.

The boards of the three banks have also cleared the share-swap ratio for the proposed amalgamation.

As per the Scheme of Amalgamation announced by Bank of Baroda, shareholders of Vijaya Bank would get 402 equity shares of BoB for every 1,000 shares held in the bank.

In case of Dena Bank, the shareholders would get 110 shares of BoB for every 1,000 shares owned in the bank.

At a media briefing, Prasad said the Cabinet has approved the amalgamation of Dena Bank and Vijaya Bank with BoB.

He also said that the amalgamation would help create a strong globally competitive bank with economies of scale and enable realisation of wide-ranging synergies.

The amalgamation would be the first-ever three-way consolidation of banks in India, with a combined business of Rs 14.82 lakh crore, making it the third largest bank after SBI and ICICI Bank.

Post this merger, the number of PSU banks will come down to 19.

"Leveraging of networks, low-cost deposits and subsidiaries of the three banks has the potential of yielding significant synergies," Prasad said.

It would position the consolidated entity for substantial rise in customer base, market reach, operational efficiency, wider bouquet of products and services, and improved access for customers, he added.

The Scheme of Amalgamation would be laid before the Parliament for 30 days for the perusal of the members.

Sources said the scheme would be laid before the Parliament before the end of the Winter Session, which is to end on January 8.

In September 2018, the Alternative Mechanism headed by Finance Minister Arun Jaitley gave in-principle approval for the merger of the three banks with a view to creating a global-sized lender.

The brand identity would also be protected.

Kumar had also said that the individual strengths of the three banks would translate into advantages in terms of market reach, operational efficiencies and the ability to support a wider offering of product and services.

The government has already committed capital support for the merged entity, which is projected to have a net NPA ratio of 5.71 per cent.

This would be much lower than that the average ratio of 12.13 per cent for public sector banks.

Provision Coverage Ratio (PCR) would be better at 67.5 per cent against the average of 63.7 per cent.

For the merged entity, the cost to income ratio would be 48.94 per cent whereas the average for public sector lenders is 53.92 per cent.

Capital Adequacy Ratio (CAR) at 12.25 per cent would be significantly above the regulatory norm of 10.87 per cent.

The amalgamated banks would have access to a wider talent pool and a large database that may be leveraged through analytics for competitive advantage in a rapidly digitalising banking context, Prasad said.

In 2017, SBI merged five of its subsidiary banks with itself and also took over Bharatiya Mahila Bank.

This catapulted the state-owned bank into the league of top 50 global lenders.