Incidents of bribery in India reduced by 10% since 2018: Survey

Incidents of bribery in the country have reduced by 10 per cent since last year, according to a survey carried out in 20 states.

The 'India Corruption Survey 2019', which received 190,000 responses from people in 248 districts, also stated that 51 per cent Indians paid bribe in the last 12 months.

India's ranking in the Corruption Perception Index 2018, released by TII, has improved three places compared to last year and now, the country's standing is 78 among 180 nations, a statement issued by the organisation said.

Cash is still the primary mode to pay bribes, as per the survey.

The survey shows that the top three corruption prone departments are property registration and land issues, police and municipal corporation.

Though CCTV cameras are a slight deterrent, bribery still continues in government offices despite major computerisation and agents continue to thrive, the survey found.

The highest number of incidents of bribery were in authorities involved in property registration and land issues.

The finding was backed by votes of 26 per cent of the respondents, it stated.

Only 12 per cent citizens said bribery in property registration and land issues has reduced in the last 12 months.

Nine per cent said they did not need to pay a bribe.

Seventeen per cent citizens said bribery in matters related to taxation had reduced, the survey stated.

The government in the last six months has retired over 25 senior tax officials facing charges of corruption.

"When it came to demanding of bribes for work related to the municipality or local bodies, 10 per cent citizens said it has reduced while 44 per cent said it is continuing like before.

“Eleven per cent said bribery to police has reduced while an equal per cent of people said it has increased," the survey said.

It also shows that most state governments have been unable to take concrete and effective steps to reduce corruption.

The percentage of citizens who felt that no effective steps have been taken was 48 per cent, the survey stated.

Giving a bribe is an offence with up to seven years of imprisonment or fine or both, according to the Prevention of Corruption Act 2018.

Twenty-four per cent of the respondents admitted to giving bribes several times in the last 12 months and 27 per cent admitted to paying bribes once or twice, the survey found. 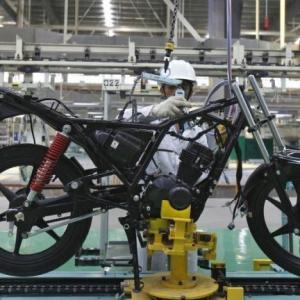