Reduction in corporate tax was a long-pending demand of Indian firms.  With the cut India is likely to attract investors looking to move out of China, reports Abhishek Waghmare. 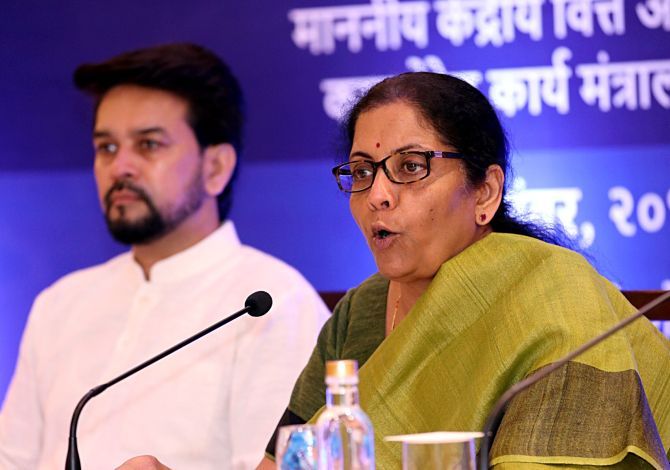 The government significantly reduced corporate tax rates last Friday, boosting investor sentiment in the midst of a severe slowdown. Big companies got a relief of close to 10 percentage points in the effective tax rate (Chart 1), including cess and surcharge. After this cut, base corporate tax rate in India has become competitive and should help boost investment (Chart 2). Reduction in corporate tax was a long-pending demand of Indian firms. India is likely to attract investors looking to move out of China.

This might expand the corporate universe as new firms will now be taxed at 15 per cent. But more importantly, lower tax outflow could increase the share of profit making companies in India over time (Chart 3). Tax cuts might also raise their languishing profit margins above 10 per cent (Chart 4). But lower tax collection could affect the government's fiscal glide path. With a minor blip in 2016-17, combined fiscal deficit of Centre and states was nearing the 6 per cent of gross domestic product (GDP) target (Chart 5). A hole of 0.7 per cent of GDP due to tax cuts could compel them to borrow more, and disturb the bond market.

It can also cancel out the positive impact of rate cuts by the Reserve Bank of India and slow the transmission process. The rise in buoyancy will hit a speed-breaker this fiscal. However, the hope is that lower rates will push up economic activity and increase revenue in the coming years.