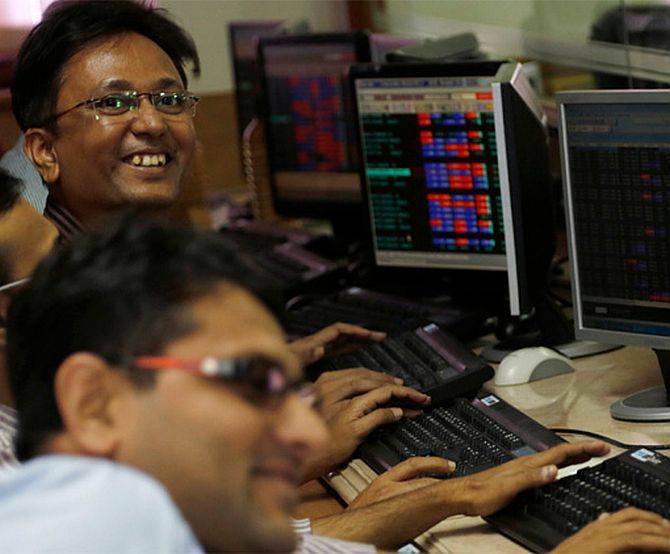 Stock markets staged a pull-back rally on Friday as the Sensex recaptured the 27,000-mark by soaring over 506 points on government's move to mollify foreign investors' worries over MAT, while rupee recovered from 20-month low on fresh selling of US dollars by banks and exporters. Besides, gold gained on a firming trend overseas and wedding season demand.

Market sentiments got a boost after Finance Minister Arun Jaitley yesterday announced that a high-level committee will look into the controversial issue of Minimum Alternative Tax (MAT), brokers said.

Buying was seen across-the-board as all BSE sectoral indices, except consumer durables, ended with gains.

The gauge had lost 891.48 points in the past three days to hit 6-1/2 months low on lingering worries over MAT issue and delay in passage of key reform bills in Parliament.

At the forex market, the rupee snapped its 5-session falling streak and rose by 29 paise to end at 63.94, rebounding from 20-month low against the American currency on fresh selling of dollars by banks as well as exporters.

Tracking positive global cues and wedding season demand from jewellers, gold traded up by Rs 70 to trade at Rs 27,300 per 10 grams in the national capital.