Cutting short its four-day gaining streak, benchmark Sensex declined by over 150 points on Wednesday due to profit booking in IT, FMCG and banking shares following weak global trends and persistent foreign capital outflows. 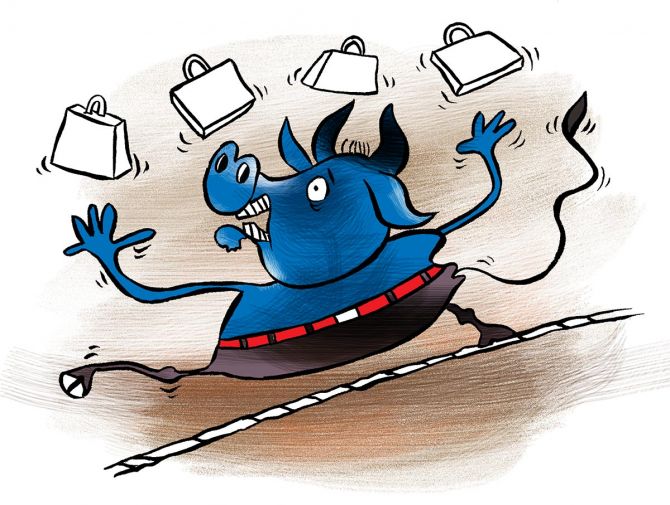 However, gains in NTPC, Reliance Industries, Sun Pharma, UltraTech Cement and ITC restricted a major fall in the barometer.

"Markets traded volatile for yet another session and lost nearly half a per cent.

The US markets also ended lower on Tuesday.

"Consumer confidence is declining rapidly due to the uncontrolled & constant rise in inflation.

“India had to bear the double-whammy effect of a dampening global equity market and rising crude prices as major suppliers like Saudi are unable to boost the output in the short-term.

"However, the domestic market was able to recover most of the losses due to the strong movement of index heavyweights, PSUs, metals and oil & gas stocks before slipping some gains by the end of the day due to volatile global market," said Vinod Nair, head of research at Geojit Financial Services.

Foreign institutional investors (FIIs) remained net sellers in the capital market, as they sold shares worth Rs 1,244.44 crore on Tuesday, as per exchange data.