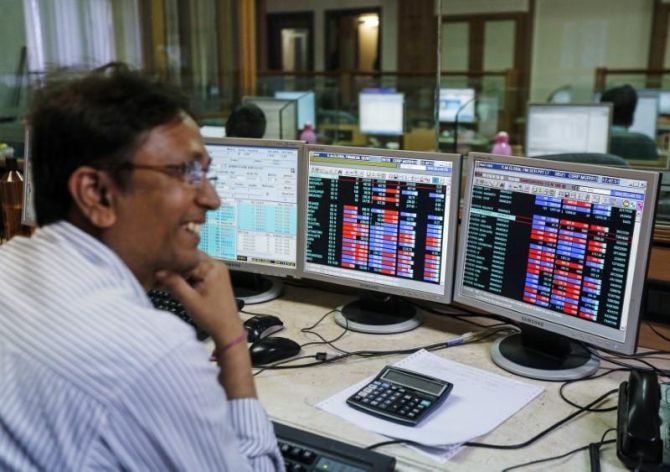 Market benchmark BSE Sensex rose by 202 points to close at a fresh record high while the NSE Nifty ended above the 11,700-mark for the first time led by gains in RIL, HDFC twins and Maruti.

Continuing its record-breaking run for the second session, the BSE Sensex rose by 202.52 points or 0.52 per cent to close at a new all-time high of 38,896.63 after global markets rejoiced a trade deal between the US and Mexico.

Asian and European stock markets climbed following another Wall Street record after the trade deal between the US and Mexico.

Covering-up of short positions by participants ahead of August month expiry in the derivatives segment on Thursday too supported the bull-run.

Adani Ports and Vedanta Ltd rose the most by 2.2 per cent among Sensex scrips.

However, shares of Yes Bank dropped 3.07 per cent, while SBI lost 1.07 per cent largely due to profit-booking.

Fertiliser stocks turned buyers' fancy after reports said the subsidy is released the fertiliser companies once the bill is generated online.

The payment is being done within a week now instead of waiting for months.

The broader markets depicted a somewhat mixed trend with the BSE small-cap index rising 0.36 per cent, while the mid-cap index shed 0.35 per cent due to profit booking.

Market breadth was also negative as 1,188 scrips advanced and 1,508 declined on BSE. As many as 174 scrips were unchanged.

In the Asian region, Hong Kong's Hang Seng rose 0.28 per cent, Japan's Nikkei edged up 0.06 per cent, while Shanghai Composite shed 0.10 per cent.

European markets too were higher in early deals with Frankfurt's DAX rising 0.20 per cent and Paris CAC 40 gained 0.14 per cent. London's FTSE rose 0.39 per cent.