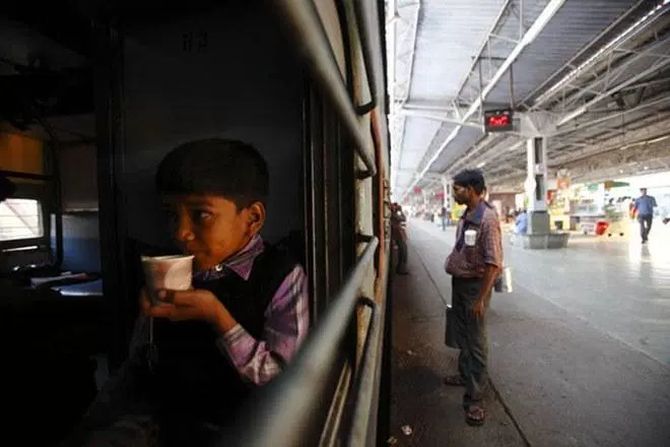 As part of its strategy to overhaul the catering business to supply quality food to passengers, Indian Railway Catering and Tourism Corporation (IRCTC) this year has taken over the operations of 333 out of 335 mobile pantry cars that were run by contractors.

This is the railway public sector undertaking’s alternative revenue model.

After demonetisation, the government disallowed the company from imposing service charges on online tickets.

Experts say this can be seen as a strategy to compensate the company, which had lost Rs 500 crore per annum in revenue on account of that.

According to the new catering policy, launched in February this year, all mobile pantry, food plazas, and base kitchens will now be brought under IRCTC.

To make its services more consumer-friendly, in many trains the pantry staff wear a uniform on which it is written “No tips please” and also a toll-free number for on-board complaints.

“Except only two, which are under litigation, all the 333 mobile pantry cars are being run by IRCTC now.

"Of the 270 static food plazas, the railway subsidiary has taken up operations of about 252.

"We are also planning to upgrade the 16 base kitchens by January 31,” said Mohammad Jamshed, member traffic, Railway Board.

The new policy suggests handing over of the operations of base kitchens like Nagpur, Chhatrapati Shivaji terminus, Mumbai Central, and Balharshah from the zonal railways to IRCTC.

According to an IRCTC official, plans are also afoot to rope in multinational players that operate lounges in airports across the world like French food services and facilities management company Sodexo and Travel Food Services (TFS) to operate base kitchens.

Jamshed said in the past year strict action had been taken against catering contractors who were found to be at fault.

“From January to November, fines of about Rs 8.96 crore were imposed, compared to Rs 4.05 crore during the same time last year.

"In addition to this, 16 contracts were terminated, while another 16 contractors were blacklisted.

"The government’s view is that we will be having zero tolerance to service lapses,” he added.

This comes after a Comptroller and Auditor General report stated that the food articles supplied in railways are unsuitable for human consumption.

It also stated that recycled contaminated foodstuff, including packaged and bottled items that were past their shelf life, were on sale at railway stations.