How IBM's Bengaluru unit is priming companies for cyberattacks

Located in a small township in the eastern part of Bengaluru is IBM’s new Security Command Centre, which is surrounded by offices of multinational tech companies. 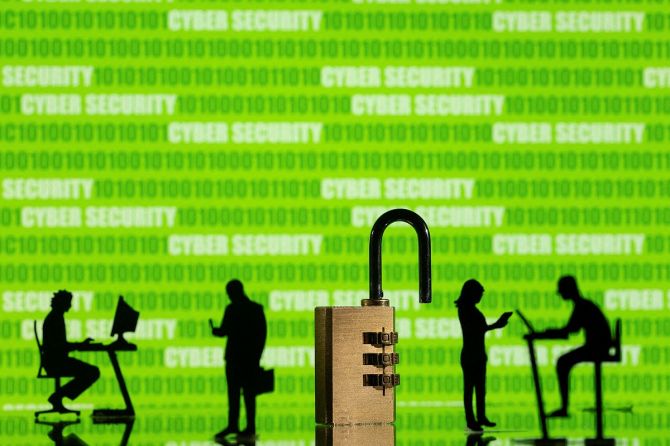 This unit is the centrepiece of IBM’s multi-million dollar investment to help businesses prepare for the growing threat of cyberattacks across the Asia-Pacific (APAC) region.

This facility is the first of its kind in the region.

It helps train in cybersecurity response techniques through highly realistic and simulated cyberattacks.

They provide 24X7 security response services to clients around the world.

“Cybersecurity is a global challenge, felt locally and this requires a broad set of capabilities across the globe and within India,” said Chris Hockings, chief technology officer, IBM Security Asia Pacific.

“India is a strong and emerging technology powerhouse with a growing talent pool.

"With almost every major business unit of IBM Corporation present here, the launch of these new capabilities will further strengthen our presence.”

The realistic and immersive training simulations offered in the new IBM Security Command Centre in Bengaluru leverage industry-leading audio and visual effects as well as live malware, ransomware and other real-world hacker tools.

This is done in consultation with dozens of experts from different industries, including emergency medical responders, active-duty military officers and incident response experts.

IBM said the centre in Bengaluru can deliver customised experiences and workshops, including virtually.

“We expect that the facility will help to raise the cybersecurity skills of the nation,” says Hockings.

Hockings added, “With only 26 per cent of organisations globally having an incident response plan, IBM has developed the IBM Security Command Centre, the jewel in the crown of this (overall cybersecurity) facility.”

The IBM Security facilitators, which includes the company’s team in India, will also share best practices and real-world examples.

These are based on their collective years in security and through the expertise of over 13,000 clients globally.

“In India, we have worked with one of the leading FMCG multinationals to help them identify gaps in their incident-response plans while enabling them to understand how quick practised decisions can help mitigate risk and cost,” said Hockings.

He added, “The IBM Security Command Centre experience helped them to revalidate and revamp best practices in their cybersecurity policies.”

The need for such facilities has increased more than ever.

According to the 2022 IBM Security XForce Threat Intelligence Index, Asia is now the most targeted region for cyberattacks — representing 26 per cent of attacks analysed in 2021.

This is a significant regional shift compared to the past decade, where North America and Europe have historically ranked as the most targeted.

With supply chains under pressure and people feeling vulnerable because of the pandemic, attackers focused on two key industries — financial and manufacturing.

These together, at 60 per cent, were the most-targeted industries in the region.

Events such as the Olympics almost certainly had driven a focus on Japan — which ended up being the most-attacked country in the Asia-Pacific.

“India was among the top three most-attacked countries in the region, with Japan and Australia being the other two,” said Hockings.

“Ransomware was the dominant attack type against organisations in India, with the Sodinokibi and BitLocker ransomware groups accounting for most of these attacks.

"A common pathway for many of the attacks on Indian organisations was phishing,” he added.

Furthermore, according to the 2021 IBM Security Cost of a Data Breach Report, security incidents globally became more costly and harder to contain.

This was due to drastic operational shifts during the pandemic, including employees working from home.

The study suggests that security may have lagged behind these rapid IT changes, hindering organisations’ ability to respond to data breaches.

In fact, the rapid shift to remote operations during the pandemic appeared to have led to more expensive data breaches.

Globally, breaches cost over $1 million more — on an average — when remote work was indicated, compared to that in a group.

As part of the new investment, Bengaluru now has the first IBM Security Command Centre in Asia Pacific.

“With Asia Pacific (including India) now the most-targeted region for cyberattacks, it signals a growing need for security investments among Asian organisations,” added Hockings.