Capturing employees' time and attendance is a major HR concern in every company but artificial intelligence and machine learning may have the solution, says T E Narasimhan. 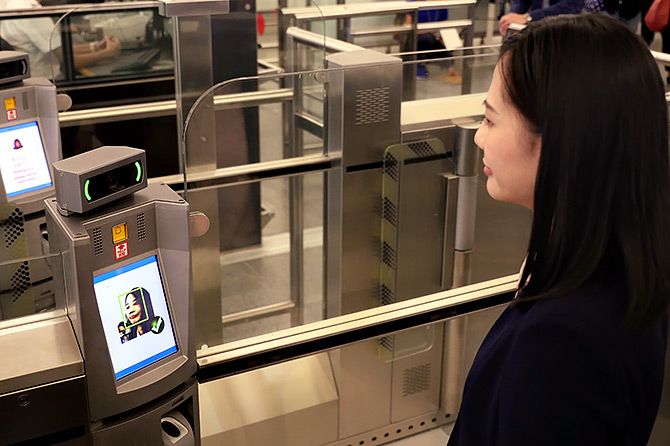 A year ago, a large company in Southeast Asia, with some 30,000 contract workers, approached Chennai-based Ramco Systems, which develops Human Capital Management (HCM) solutions for various critical sectors, with a peculiar problem it was facing on its shop floor.

This meant that the company was losing 30 minutes of man-hours per worker every day.

A company in West Asia had another problem -- its workers were turning up in an inebriated state.

The other issue faced by many factories in developing countries is that of under-age workers and ghost employees.

An Indian mining firm, which hires around 28,000 temporary workers through a third-party agency, recently found out that nearly 6,000-8,000 of workers on its rolls did not exist at all, although it had been paying wages to them.

Others were impersonating them and still others were under-age workers.

To address these problems, Ramco's Singapore arm has developed a facial recognition-based time and attendance system and a breath analyser for catching anyone who turns up at work drunk.

Capturing employees' time and attendance is a major HR concern in every company.

Traditionally, this has been done manually, a practice that often led to false records and friction between supervisors and employees.

Identity cards and punch cards come with their own problems, and are often misplaced.

RamcoGEEK, Ramco's facial recognition-based time and attendance (T&A) system, roots out all these problems by capturing an employee's identity at lightning speed and instantly recording his or her attendance.

Once an employee's face is registered into the T&A system, the cameras in the system recognise his or her face when the person appears, instantly marking attendance and granting access.

This one-time registration unlocks access at multiple locations in large offices, saving time and solving the problems associated with tailgating, says Ramesh Sivasubramanian, Ramco Systems' Head of Innovation Lab, which is based in Singapore.

This cloud-based technology not only delivers face-detection algorithms, but is also highly precise in matching multiple attributes of the captured image against the database of images at the backend.

The face recognition technology can also be enabled on supervisors' mobile phones, tablets and even CCTV cameras to mark employees' attendance in places where the system has not been installed.

Artificial intelligence and machine learning also play a major role in many of these detection and identification technologies.

Before implementing the technology, Ramco tried it out internally.

Using it in its webcams, the company realised that it could develop it to capture facial features from CCTVs and apply the technology to mark attendance.

While the system was built as a cloud model, to address the challenge of the time taken to process the images, Ramco tied up with Hyperverge, an AI-based startup in the US, to leverage its on-premise facial recognition system.

Back at the factory where man hours were being wasted, Ramco uses CCTV cameras and employees are asked to look at these when they walk past them before starting work.

The facial recognition technology embedded in the system tracks the workers' movement across the plant and hence is able to determine the cause for any delay in employees reaching their work areas.

An important feature of this technology is that it makes data available in real time.

This is a huge advantage over other time marking systems such as biometric or ID cards, which synchronise the data with a time-lag.

This real-time monitoring helps optimise workers based on real-time needs.

For example, a retail shop can look at its footfall and reduce or increase its customer-service staff appropriately.

Moreover, unlike other attendance-marking models, this cannot be scammed easily and can be integrated with systems like breathalyesrs, IoT sensors and health monitoring systems.

The system can work even when it is offline, which is useful in remote locations without internet access.

This has been implemented in workplaces in West Asia and Africa.

To safeguard workers' privacy, Ramco makes sure that its software saves only binary digits and not images.

The software only compares the binary digits with the saved, encrypted data at the backend to confirm the identity of the employee.

This is to ensure that people do not wrongly state their age and helps deal with the problem of underage labourers.

This could also help companies tackle the problem of ghost employees and of workers attending multiple shifts.

To identify those who come to work in an inebriated state, Ramco has tied up with Alcolizer, a breath analyser application by an Australia-based company.

In highly restricted workplaces, organisations can use a breath or a saliva test to find out if there has been any substance abuse on the part of workers.

The breathalyser feature is integrated with an IoT-enabled turnstile, which ensures that the system cannot be gamed.

Once an employee is identified as having indulged in substance abuse, the system marks it at the backend, and the person is not allowed into any of the company's units again.

According to Ramco, this system has been rolled out for a client in West Asia across multiple locations.

While the initial cost of setting up the facial recognition and breath analyser systems may be high, the advantages far outweigh the spends, says Ramco.

Clients are billed on a per-employee or per-transaction basis, payable monthly.

In its own offices, Ramco has integrated chatbots with the facial recognition solution, which has increased its timesheet compliance (revenue accrual) significantly, claims the company.

According to Sivasubramanian, at present, nearly 25,000 users have adopted Ramco's facial recognition software and the number is expected to double in the next 3-4 months, as more users, especially automakers, are likely to come on board.

The company is now working on using the technology for object identification, which could help clients ensure compliance with regulations and avoid any malpractices on the factory premises. 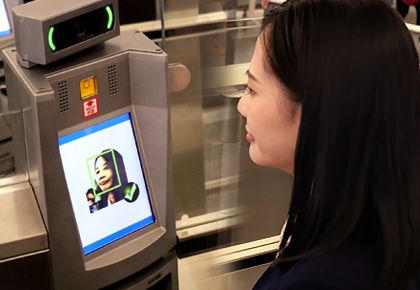