Now govt employees to enjoy greater say in how their NPS corpus is invested. Younger employees should raise their allocation to equities in this very long-term investment instrument.

The Pension Fund Regulatory and Development Authority (PFRDA) recently issued a notification that increases the choices that central government employees will have in their investments in National Pension System (NPS).

While earlier their pension money was invested in accordance with a government-mandated pattern, now they will have a greater say in how their money is invested.

Earlier, their money was divided among the three public-sector PFMs: LIC, SBI and UTI. Now, they will be able to invest it with the private-sector PFMs also, such as ICICI, HDFC, Kotak, Reliance, and Birla.

They will be allowed to change their PFM once every year.

Central government employees will also enjoy a greater choice in their investment pattern.

Earlier, their money was invested as follows: 15 per cent in equities and the balance in debt.

Now, a conservative person will have the option to continue with her existing asset allocation.

Ultra-conservative investors will have the option to invest 100 per cent in government securities.

Besides, they have been given two more options that permit an enhanced exposure to equities.

In the conservative life cycle (LC25) fund, they will be able to take a maximum equity exposure of up to 25 per cent, and in the moderate life cycle fund (LC50), of up to 50 per cent.

In both these options, equity exposure will decline as the person moves closer to retirement.

Employees will be allowed to change their investment pattern twice every year.

Even after these changes, central government employees will not be at par with investors in the all-citizens model (private NPS) and those in the corporate NPS.

“Those investors have access to one more life cycle fund called LC75, where the equity exposure can go up to 75 per cent.

"They also have the active choice option where they can choose their own asset allocation. If they want, they can maintain an exposure of 75 per cent in equities up to the age of 50, after which it tapers to 50 per cent by age 60,” says Deepesh Raghaw, founder, PersonalFinancePlan.in, a Sebi-registered investment advisor.

“They should go for LC50 where the maximum equity exposure can be up to 50 per cent. A higher equity allocation at a young age translates into a bigger retirement corpus,” says Sumit Shukla, chief executive officer, HDFC Pension Fund Management.

Basic salary constitutes a sizeable portion of the salary of government employees.

They contribute 10 per cent of the basic while the central government contributes another 14 per cent.

Altogether, 24 per cent of their basic salary gets invested each month.

“The NPS contribution is likely to be a substantial chunk of their monthly savings and investment. A considerable portion of it should be invested in equities for them to enjoy a comfortable retirement,” says Raghaw.

Since the cumulative NPS corpus of all central government employees is large - more than Rs 1 lakh crore - a sudden change in asset allocation could affect the markets.

Therefore, the legacy corpus will remain invested in accordance with the earlier pattern.

Only incremental money will be invested in accordance with the new asset allocation pattern and PFM the employee chooses.

If you decide to change the fund manager, go with a brand you trust.

“Selecting a PFM based on past returns may not work because the outperformer is likely to change from one year to another,” says Raghaw.

Outperformance in debt usually comes by courting higher risk, and, in any case, the difference between the best performer and the rest here is not large.

Why Jet Airways is staring at a bleak future 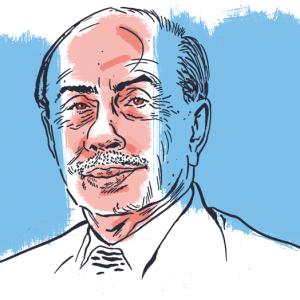 What corporate leaders expect from Modi 2.0