Guru gyan: How to trade in a low-volume market 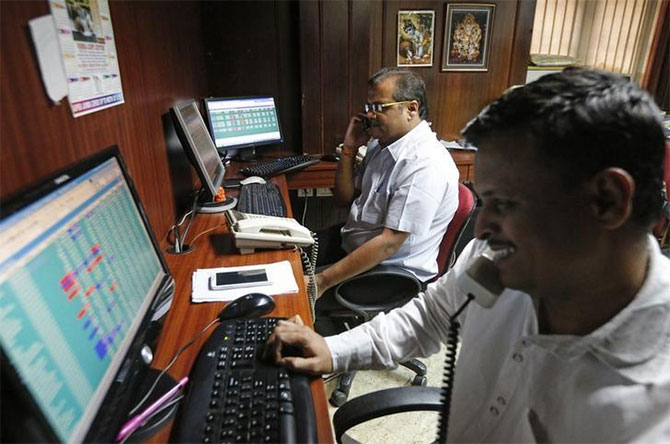 Foreign Portfolio Investors (FPIs) sold heavily in November and December (until December 26), with net sales amounting to over Rs 40,500 crore of debt and over Rs 23,000 crore of equity.

Domestic institutions (DIIs) were active on the other side.

In November, DIIs logged Rs 18,700 crore of net equity buying and they bought over Rs 4,000 crore equity in December as well.

The FPI debt sales have also been matched by DII buying.

The correction has been caused partially by the Federal Reserve hiking the US policy rate and by India's demonetisation.

The macro data has been gloomy, but on expected lines.

In smaller stocks, prices can 'semi-freeze.'

If there is very low trading volume, the price may not move at all for several sessions.

A trend follower normally uses some breakout/breakdown signal as an entry trigger.

For example, the trend follower may enter on a 20-session high (buying) or 20-session low (short).

Low volume situations are prone to whipsaws, where the trigger is struck but the trend does not happen because the price reverts after one big trade.

In such cases, volumes dry up again.

Stops set on the basis of 'average' volatility (the average high-low range per session for the past N sessions) are also often hit by a single big trade because that causes a price spike.

Be prepared for a pattern where long periods of low volatility are interspersed by sudden violent moves. This is common.

You may want to increase the magnitude of trigger signals to cut down whipsaws.

Increase the stop-loss as well.

Apart from resetting triggers and stops, consider something radical.

It often makes sense to play for reversions, rather than breakouts, in low volume situations.

When you get a trigger signal, assume that a trend will not be established.

Therefore, sell on a high signal and buy on a low signal.

But it has a much higher strike rate than trend following under low-volume conditions.

If the whipsaw pattern occurs with one big trade followed by low volumes and price reversion, a reversion trading strategy will work.

The other advantage of playing for reversion is that it is easy to set stop-losses.

If the price does not revert and volumes stay up, it is likely to be a sustainable breakout.