Stating that GST council meetings have become "almost toxic" with the erosion of trust between the Centre and states, West Bengal minister Amit Mitra on Wednesday urged Union Finance Minister Nirmala Sitharaman to consider a "course correction" to rebuild faith. 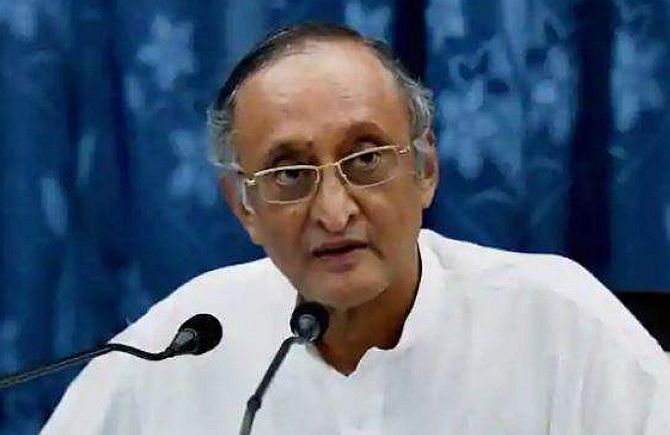 In a letter to Sitharaman, the state's finance minister also claimed that the central government comes to GST council meetings with a "predetermined conclusion".

Mitra on June 13 alleged that his voice was "muzzled" during the GST Council meeting on that day and his opposition to levy taxes on Covid essentials like vaccines, masks, PPE kits and anti-viral drug Remdesivir, was not heard.

"What pains me most is the fact that GST Council meetings have become acrimonious, vexing and almost toxic with erosion of mutual trust that had held fast between state and the Centre since the inception of the GST Council," he said in the letter.

Many have observed a steady breakdown of the spirit of cooperative federalism and the erosion of the commitment to work out a consensus in the GST Council meetings, Mitra claimed.

Mitra recalled several instances where sharp differences cropped up between the states and the Union government but then there was no "bitterness or antagonism".

"But, now I am afraid that arriving at such a consensus, even for much simpler matters, has become elusive," he said.

It is a dangerous time for the GST regime as the states own resources are in dire distress, the state finance minister said.

The gap between projected revenue and revenue collected has ballooned to Rs 2.75 lakh crore and the actual compensation due to the states for 2020-21 has reached Rs 74,398 crore, he said adding that fraudulent transactions hit a peak of Rs 70,000 crore, as per Nandan Nilekani's presentation to the GST council.

"An undercurrent has emerged in recent times that while the Chair hears the submissions of all states very patiently, indeed, there is a predetermined conclusion with which the Government of India, aided by top bureaucrats, comes to the GST council meetings," the letter read.

He said that the issues were brought to her attention with utmost sincerity and frankness so that she may consider a course correction in the manner of functioning of the GST Council.

"I assure you that we will respond in equal measure if you bring back a consensual atmosphere that had defined the GST council since its inception," he said.