EMIs of under-construction houses, renting to attract GST from July 1 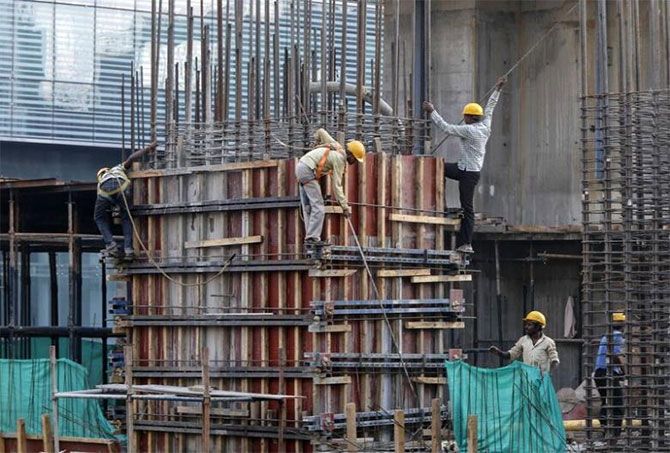 Come July 1 and leasing of land, renting of buildings as well as EMIs paid for purchase of under-construction houses will start attracting the Goods and Services Tax.

Sale of land and buildings will be however out of the purview of GST, the new indirect tax regime. Such transactions will continue to attract the stamp duty, according to the legislations Finance Minister Arun Jaitley introduced in the Lok Sabha on Monday for approval.

GST, which the government intends to roll out from July 1, 2017, will subsume central excise, service tax and state VAT among other indirect levies on manufactured goods and services.

The Central GST (CGST) bill - one of the four legislations introduced, states that any lease, tenancy, easement, licence to occupy land will be considered as supply of service.

Also, any lease or letting out of the building, including a commercial, industrial or residential complex for business or commerce, either wholly or partly, is a supply of services as per the CGST bill.

The GST bills provide that sale of land and, sale of building except the sale of under construction building will nether be treated as a supply of goods not a supply of services. Thus GST can't be levied in those supplies.

It was thought that GST may be levied on supply of immovable property such as land or building apart from levy of stamp duty.

But the bills presented in Parliament have now clarified this position.

Tax experts said that currently service tax is levied on rents paid for commercial and industrial units, although it is exempt for residential units.

Deloitte Haskins Sells LLP senior director M S Mani said: "While service tax is applicable at present on sale of under construction apartments, it is levied on a lower value as abatement allowed.

The abatement is ostensibly to take care of the value of the land involved in the construction of apartments."

He said the GST Rules, which will come up for discussion in the council meeting on March 31, would help ascertain whether a lower rate of GST is proposed for such transactions or whether a similar abatement procedure would be prescribed.

"This would also be dependent on the rate fixation committee which is expected to finalise its recommendations in April," Mani said.

Experts said service tax is currently levied on payments made for under-construction residential houses after providing abatement, which brings down the effective rate from 18 per cent to around 6 per cent.

"The government is trying its best to make GST litigation free. The bills very clearly specify that GST would be charged on any lease of land or letting out of the building or construction of a complex, building, civil structure or a part thereof, where whole or any part of consideration has been received before issuance of completion certificate or its first occupation," Nangia & Co director Rajat Mohan said.

Experts said the GST subsumes central levies like excise and service tax and local levies like VAT, entertainment tax, luxury tax. However, it does not subsume electricity duty.

Since the GST Constitution Amendment Act does not provide for subsuming 'electricity duty' under GST, it will continue to be levied by the respective state governments.

Certain states like Delhi exempt residential properties from electricity duty but levy it on commercial and industrial units.