The CAG has found that the Union government in the very first two years of the GST implementation wrongly retained Rs 47,272 crore of GST compensation cess that was meant to be used specifically to compensate states for loss of revenue. 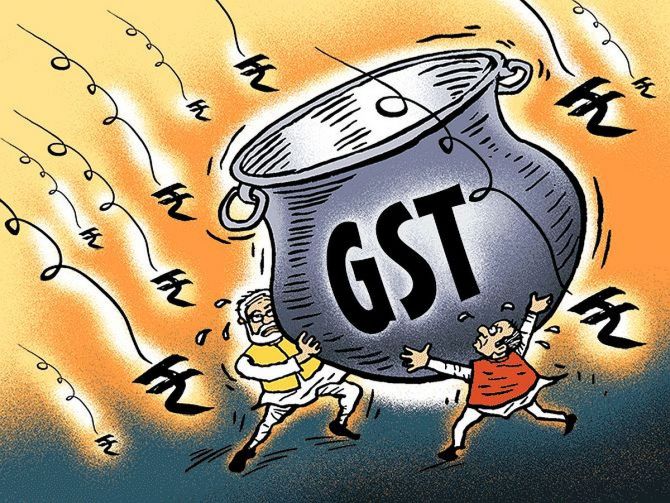 In its audit report of government accounts, the Comptroller and Auditor General (CAG) flagged that the amount was to be credited to the non-lapsable GST Compensation Cess collection fund for payment to states for loss of revenue due to implementation of GST since 2017, but the government did not do so, and thus violated the GST law.

"The GST Compensation Cess Act, 2017 provides for levy of cess for the purpose of providing compensation to the states for loss of revenue arising due to implementation of GST for a period specified in the Act," CAG said.

As per the Act and the accounting procedure, the entire cess collected during the year is required to be credited to a non-lapsable Fund (the GST Compensation Cess Fund) which shall form part of the Public Account and shall be used for the purpose mentioned i.e., for providing compensation to states for loss of revenue.

The short transfer in 2017-18 was Rs 6,466 crore and in 2018-19 it was Rs 40,806 crore, CAG said adding the Centre used this money for "other purposes" which "led to an overstatement of revenue receipts and understatement of fiscal deficit for the year".

The short-crediting was a violation of the GST Compensation Cess Act, 2017.

The issue of compensation cess is driving a wedge between the Centre and states at the GST Council - the highest decision making body of the GST regime that had subsumed 17 different central and state taxes such as excise duty and VAT.

States have not been paid their promised compensation for letting go their powers to levy taxes on goods and services since last fiscal.

The Centre says a slowdown in the economy has meant that not enough money is being collected by way of cess that is levied on luxury and sin goods.

The Centre has asked states to borrow for meeting the revenue shortfall. States ruled by Congress, Left, TMC and AAP have opposed the move completely arguing that the Centre should borrow and provide to states, since states have given majority of their taxation powers to the Centre under GST regime introduced in July 2017.

The CAG findings run contrary to Finance Minister Nirmala Sitharaman's submissions in Parliament last week that states could not be compensated for revenue shortfall from the Consolidated Fund of India (CFI) relying on an opinion from the Attorney General of India which stated that there was no such provision in the law.

The short-crediting, CAG said, was a violation of the GST Compensation Cess Act, 2017.

"The amount by which the cess was short credited was also retained in the CFI and became available for use for purposes other than what was provided in the Act," it said.

According to CAG, the Finance Ministry accepted the audit observation and stated in February 2020 that the proceeds of cess collected and not transferred to Public Account would be transferred in the subsequent year.

"Short crediting of cess collected during the year led to an overstatement of revenue receipts and understatement of fiscal deficit for the year," CAG said.

Further, any transfer in the subsequent year would become an appropriation from the resources of that year and would require Parliamentary authorisation, it said asking the Finance Ministry to take immediate corrective action.

As per the approved accounting procedure, GST Compensation cess was to be transferred to the Public Account by debit to Major Head '2047-Other fiscal services'.

Instead, the ministry of finance operated the Major Head '3601-Transfer of Grants in aid to States'.

"The wrongful operation has implications on the reporting of Grants in aid since the GST Compensation Cess is the right of the states and is not a Grant in aid," CAG said.

The GST (Compensation to States) Act guarantees all states an annual growth rate of 14 per cent in their GST revenue in the first five years of implementation of GST beginning July 2017.

It was introduced as a relief for states for the loss of revenues arising from the implementation of GST.

If a state's revenue grows slower than 14 per cent, it is supposed to be compensated by the Centre using the funds specifically collected as compensation cess.

To provide these grants, a GST compensation cess is levied on certain luxury and sin goods.

States are compensated bi-monthly from the accumulated funds in this account.

However, instead of transferring the entire GST cess amount to the GST compensation fund, the CAG found that the Centre retained these funds in the CFI and used it for other purposes.