In an interaction with former Congress chief Rahul Gandhi on the impact of lockdown on India’s economy, Rajiv Bajaj, MD, Bajaj Auto, said India tried to implement a hard lockdown which was still porous and ended up with the worst of both worlds.

Rahul Gandhi's dialogue with industrialist Rajiv Bajaj on the economic fallout of the COVID-19 crisis will be aired on Thursday, the latest in the series of deliberations the former Congress chief is having with experts from various fields on the impact of the pandemic.

In the teaser of the conversation released on various social media accounts of the party, Gandhi, citing experts, is seen talking about the fear of the coronavirus disease, which, if spreads once, is difficult to get rid of.

In the teaser, managing director of Bajaj Auto, Rajiv Bajaj, is seen talking about the effect of the lockdown on the economy.

"We tried to implement a hard lockdown which was still porous.

“So I think we have ended up with the worst of both worlds.

“On one hand a porous lockdown makes sure that the virus will still exist and as you said, it is still waiting to hit you when you will unlock.

“So you have not solved that problem," Bajaj says.

"But you have definitely decimated the economy. You flattened the wrong curve.

“It is not the infection curve, it is the GDP curve. This is what we have ended (up) with, the worst of both worlds," he says.

The first such dialogue was held on April 30 when Gandhi discussed the coronavirus pandemic and its economic implications with former Reserve Bank of India governor Raghuram Rajan.

He then held a conversation with Nobel laureate Abhijit Banerjee who had said India should come out with a large enough stimulus package to revive demand.

"Tomorrow, Thursday, 4th June, 10 AM onwards, join my conversation with Mr Rajiv Bajaj on the Covid crisis, across all my social media platforms," Gandhi said on Twitter.

In a statement, Congress' chief spokesperson Randeep Surjewala said over two months after one of the most stringent lockdown was announced with no prior notice, the devastating impact on the economy is obvious.

The stimulus package does little to rebuild business confidence and has left many with little leeway to bounce back, he said.

"Will India benefit from companies moving out of China?

“How much is hype and how much of it would translate into opportunities?

“They (Gandhi and Bajaj) delve into the newfound optimism regarding the possibility of India emerging as a manufacturing hub, and the challenges posed by other Asian competitors," Surjewala said.

However, Rajiv Bajaj highlights the dangers of arbitrary regulations and its impact on the ability of Indian companies to be competitive, the statement said.

They discuss the emerging opportunities in the electric vehicle sector and past innovations that catapulted businesses into the global league, Surjewala said of the conversation that will be aired on all Congress media handles.

During the conversation, Gandhi once again calls for a compassionate response and the urgent need for the government to listen to stakeholders and experts, the statement said.

"If you don't have an economy left, there is nothing," he says. 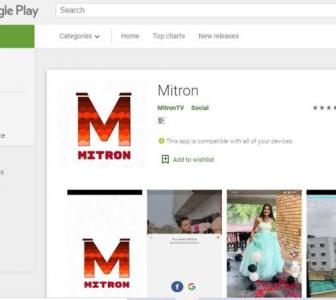