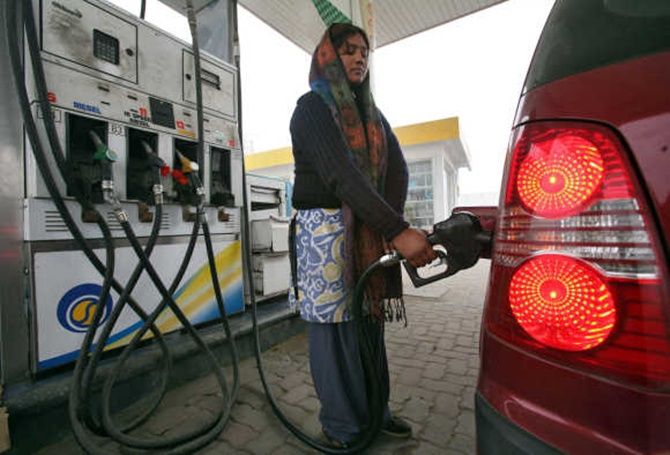 Nine excise duty hikes over a  span of few months helped the government nearly treble its  excise mop up from petrol and diesel to about Rs 70,000 crore (Rs 700 billion) in 2015-16, Parliament was informed on Friday.

In a written reply to a question in the Lok Sabha,  Minister of State for Finance Santosh Kumar Gangwar said the  collections from additional duty of excise on petrol stood at  Rs 17,217 crore and that of high speed diesel oil at Rs 52,592  crore during fiscal year 2015-16. This takes the total to Rs 69,863 crore.

When oil prices slumped in the second half of 2014 and  the next year, the government hiked excise duty on petrol and  diesel nine times in phases to mop up additional revenues that helped it meet its revenue and fiscal deficit targets.

Basic excise duty on unbranded or normal petrol currently  stands at Rs 9.48 per litre, while the same on unbranded  diesel is Rs 11.33.

After including additional and special excise duty, the  total levy on petrol comes to Rs 21.48 per litre, while that  on diesel is Rs 17.33 a litre.