Since January this year, RBI has cut the repo rate – at which it lends to commercial banks - to a gross of 1.25 per cent.

The country's largest private sector bank ICICI on Thursday slashed its benchmark lending rate by 0.35 percentage point to 9.35 per cent, making its home and auto loans cheaper for borrowers.

The revised rate will be 9.35 per cent as against existing 9.70 per cent effective October 5, ICICI Bank said in a statement.

With effect from July 1, 2010, interest rates on new loans and advances, including consumer loans, are determined with reference to Base Rate or the minimum lending rate, it said.

The bank has reduced interest rates on some bulk deposits of above Rs 1 crore (Rs 10 million) by up to 0.25 per cent.

With the reduction, all loans linked to the base rate would be cheaper by at least 0.35 per cent.

Dena Bank reduced its base rate, or minimum lending rate, by 0.30 per cent to 9.70 per cent from 10 per cent earlier.

The new base rate will be applicable from October 5. "Almost 80 per cent of our advances are linked to base rate so there would be an impact of 20-25 basis points on our margins," the bank's executive director R K Takkar said.

However, the lender is planning to reduce its deposit rate at a later stage which will help in offsetting loss in margins, he added.

Allahabad Bank, SBBJ, Yes Bank and Kotak Mahindra Bank have also announced a cut in base rate by up to 0.25 per cent that will bring down the cost of various kinds of loans.

This comes soon after a substantial 0.50 per cent cut in repo rate by the Reserve Bank on Tuesday.

The banks who have cut rates so far include SBI, Punjab National Bank, Bank of Baroda, Bank of India, Andhra Bank, IDBI Bank, Axis Bank and Oriental Bank of Commerce.

"Kotak Mahindra Bank has reduced its base rate from the current level of 9.75 per cent to 9.50 per cent with effect from October 5, 2015," the bank said in a filing to the BSE.

All categories of loans (other than the exceptions permitted by the RBI) will be priced with reference to the revised base rate, it added.

The revised rate will be effective from October 5, 2015, it added.

SBI associate State Bank of Bikaner & Jaipur (SBBJ) said the base rate of the bank, effective October 5, will be 9.70 per cent from the existing rate of 9.95 per cent.

"Allahabad Bank has decided to cut its base rate by 25 basis points. Consequently, the base rate of the bank will be reduced to 9.70 per cent from existing 9.95 per cent with effect from October 5," it said in a BSE filing.

Since January this year, RBI has cut the repo rate – at which it lends to commercial banks -- to a gross of 1.25 per cent.

Both Finance Minister Arun Jaitley and RBI Governor Raghuram Rajan have stressed that banks should be quick on passing on the benefit of repo rate cut to their customers to spur investment and boost economic activity.

However, most banks who have fallen in line with such statements are state lenders as only a few from private sector have cut their base rate so far. 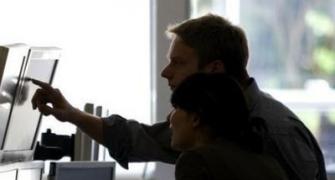 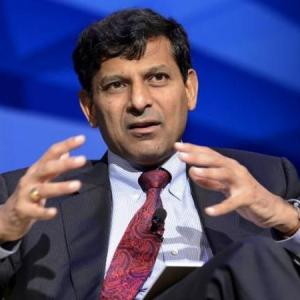