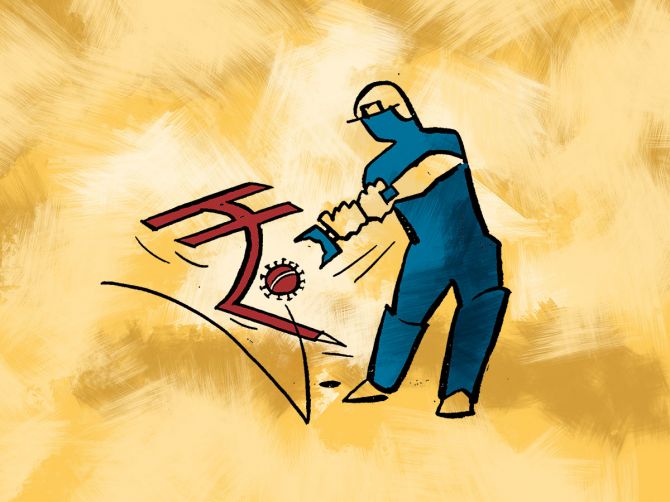 India's GDP shrank by the steepest ever 23.9 per cent in the April-June period as the coronavirus lockdowns battered an already slowing economy, official data showed on Monday.

India's economy had grown by 5.2 per cent in the same quarter of last fiscal, as per the data released by the National Statistical Office (NSO).

The government had imposed a nationwide lockdown from March 25, 2020 to curb the spread of COVID-19 infections which adversely impacted all sectors of the economy.

According to the data, gross value added (GVA) growth in the manufacturing sector contracted by 39.3 per cent in the first quarter of 2020-21, from 3 per cent expansion a year ago.

Construction sector GVA contracted by a whopping 50.3 per cent from 5.2 per cent expansion earlier.

Mining sector output declined at 23.3 per cent, as against a growth of 4.7 per cent a year ago.

Electricity, gas, water supply and other utility services segment too shrank by 7 per cent in the first quarter of 2020-21, against 8.8 per cent growth a year ago.

Similarly, trade, hotel, transport, communication and services related to broadcasting declined 47 per cent in the first quarter from 3.5 per cent growth earlier.

Financial, real estate and professional services fell by 5.3 per cent in Q1 FY21 from 6 per cent growth in same period last fiscal.

Public administration, defence and other services too saw a decline of 10.3 per cent during the quarter under review, from 7.7 per cent growth a year earlier. 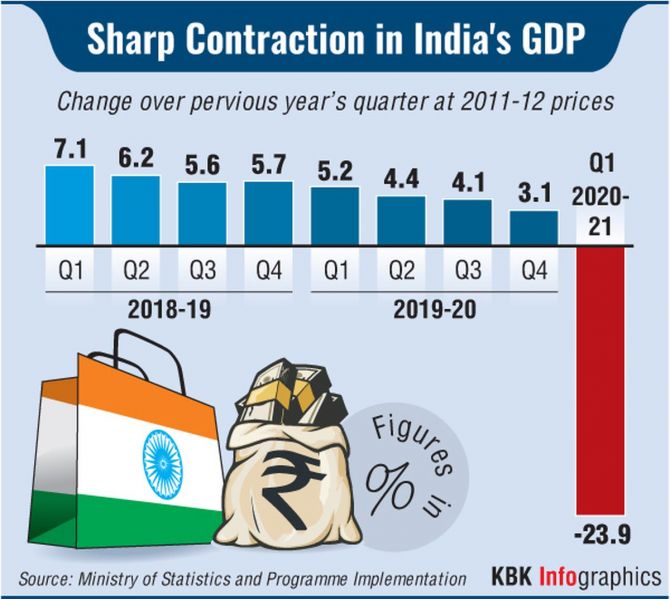 "With a view to contain spread of the Covid-19 pandemic, restrictions were imposed on the economic activities not deemed essential, as also on the movement of people from 25 March, 2020.

"Though the restrictions have been gradually lifted, there has been an impact on the economic activities as well as on the data collection mechanisms," it added.

It also said the timelines for filing statutory returns were extended by most regulatory bodies.

"In these circumstances, the usual data sources were substituted by alternatives like GST, interactions with professional bodies etc. and which were clearly limited," it said.

The Centre began easing the lockdown for certain economic activities from April 20 onwards.

Most rating agencies had projected contraction in India's GDP for the first quarter of 2020-21.

China's economy grew by 3.2 per cent in April-June after recording a decline of 6.8 per cent in January-March 2020.