News
Business
Movies
Sports
Cricket
Get Ahead
Money Tips
Shopping
Sign in  |  Create a Rediffmail account
Rediff.com  » Business » Why there's such a gap between wholesale and retail food inflation?

Why there's such a gap between wholesale and retail food inflation?

Since March 2020, WPI food inflation rate continued to fall but the CPI-food inflation rose, signaling a breakdown in supply chain from the mandis to the final household. The disruption in supply chain between the mandis to the end consumer during the Covid-19 lockdown has made food items dearer for the end consumers without translating into big gains for the growers.

While at individual item level their might have been some symmetry, the broad index reflected a divergence.

However, the consumer price index (CPI) for food items during the same period rose from 9.13 per cent to 9.28 per cent.

Both the CPI and WPI food inflation rates had been falling since December, 2019 till March, 2020.

Since then, while the WPI food inflation rate continued to fall, the CPI-food inflation rose, signaling a breakdown in supply chain from the mandis to the final household.

During the two months of lockdown, though things had started coming to the mandis after initial few days of disruption due to easing of restrictions, their onward movement to the consumers’ plate remained broken for a long time as small tempo operators, handcart sellers, retailers faced problems in moving the goods.

Many of the neighborhood vegetable sellers also left for villages as the economic activities slowed down.

“WPI growth is usually around 1.5-3 per cent in the harvest months starting from April and this year we have had a good harvest, so it is hovering around that range.

"Now, with a bumper harvest, if there is a problem in getting it to consumption centres which is mainly the cities and because of which the supply is relatively less than what it used to be, it will push up the retail inflation rate,” Pronab Sen, programme director for the International Growth Centre (IGC)- India Programme and former chief statistician, told Business Standard.

“To me it is essentially a supply chain issue,” Sen said discounting the possibility of intermediaries making a large profit between wholesalers and retailers taking advantage of the lockdown.

“Because, you see, profiteering happens when it is established that the person has made higher margin than he or she is justified, unless that is well proven it is difficult to say whether middlemen milked the lockdown situation to their advantage,” Sen said.

The country's food grains, fruits, and vegetables production has shown a record increase this year, but it might not have translated into big gains for the farmers except for crops in which there is direct buying by the government.

This was largely because of the break down in the farm to fork logistics, which in normal times is also highly fragmented and dominated by small players.

“Another thing which also needs to be taken into consideration here is that wastage of food.

"If the bumper harvest hasn’t reached the consumers which has pushed up prices, it must have got wasted or farmers might have sold it at throwaway prices outside the mandis which has not been captured by the WPI numbers,” Sen said.

DK Joshi, chief economist at CRISIL said that one could say that farmers were not getting the right price during the lockdown that is reflected in WPI numbers but consumers ended paying more.

That generally is the story in India but got aggravated due to the lockdown as till March both WPI and CPI-food were falling.

“To me the end result of this was that while farmers didn’t get the right price for their produce despite producing a bumper crop, consumers ended up paying more during the lockdown as supply chains remained disrupted,” Madan Sabnavis, chief economist at CARE Ratings told Business Standard. 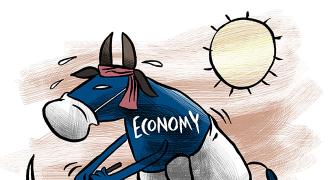 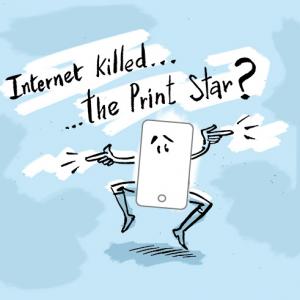