GAIL (India) Ltd on Thursday said it will buyback about 5.7 crore shares for Rs 1,083 crore as it looks to use its healthy balance sheet to reward shareholders for the second time in as many years. 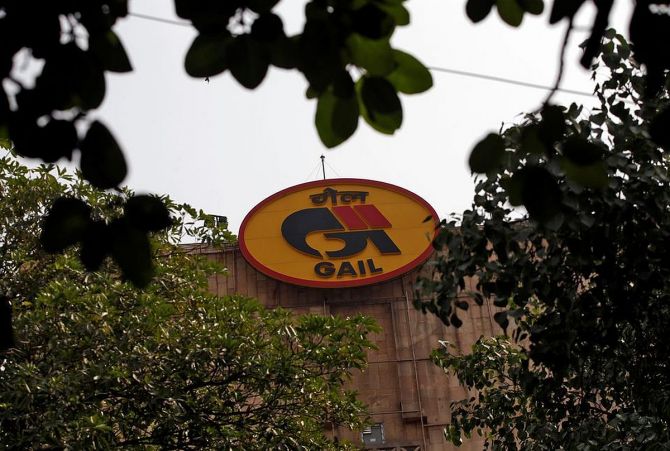 The board of directors of GAIL approved the "buyback of about 5.70 crore shares at the rate of Rs 190 per share aggregating to about Rs 1,083 crores (excluding taxes)," the company said in a statement.

The buyback price of equity shares is at a 24 per cent premium over Wednesday's close price at NSE.

Buying back shares is considered a tax-efficient way of rewarding shareholders.

The government owns a 51.80 per cent stake in the company and is likely to participate in the buyback.

The share buyback, or share repurchase, is when a company buys back its own shares from investors or stakeholders.

It can be seen as an alternative, tax-efficient way to return money to shareholders.

Buybacks are attractive in tax terms even after considering the 10 per cent tax on long-term capital gains (LTCG).

"The Board approved buyback of about 5.70 crore shares through tender offer representing 2.50 per cent of its paid-up capital and free reserves as on March 31, 2021," GAIL said in the statement.

GAIL has been consistently rewarding its shareholders through regular dividends, issue of bonus shares and also buyback of shares at a premium.

During the current financial year (2021-22), the company paid the highest ever interim dividend of Rs 3,996 crore (at the rate of 90 per cent of the face value).

GAIL started its business in 1984, as a natural gas transmission company with a single cross-country trunk pipeline and has now become the flagship natural gas company of India.

It is the largest integrated natural gas marketing and transmission company having its presence along the entire natural gas value chain.

It owns and operates around 13,840 km, or 74 per cent of the total length of the cross-country natural gas pipeline network in India, in 28 states and Union Territories.

The company supplies 67 per cent of gas consumed in the fertilizer sector, 53 per cent in power and 60 per cent in the city gas sector.

With an LNG portfolio of over 14 million tonnes per annum and diversity in supply sources and price indices, GAIL is well poised to cater to the needs of the customers and actively contribute towards the national goal of a 'gas-based' economy, the statement said.

The company has also embarked upon alternate energies like green hydrogen, renewables and bio-fuels projects, which are of national importance and would likely provide a transition to the future.