'The more foreign investors become convinced of the durability of the economic cycle, the more likely foreign flows into Indian equities resume.' 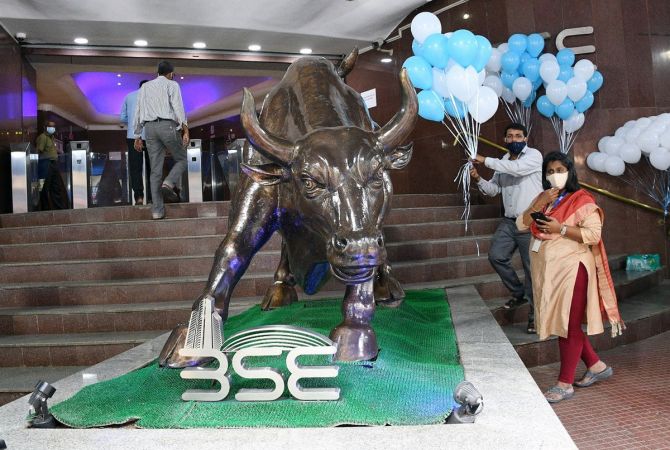 Foreign investors who have dumped Indian equities since October are likely to reverse their stance soon, given the resilience of the Indian economy against multiple headwinds, believes Christopher Wood, global head of equity strategy at Jefferies.

'The strong rebound in non-oil and gas imports reflects the economic recovery following the Delta wave. Even if oil remains at around $100 a barrel, India still looks on course for growth of 7 per cent next fiscal year, helped by the renewed upturn in the residential property cycle. The more foreign investors become convinced of the durability of the economic cycle, in spite of higher interest rates, the more likely foreign flows into Indian equities resume,' Wood wrote in his recent note to investors, GREED & fear.

Foreign portfolio investors (FPIs) exited India in droves and have sold stocks since October amid fears of an earlier and faster-than-expected rate hike by the US Federal Reserve. The Russian invasion of Ukraine has added to their concerns.

A recent analysis by ICICI Securities shows the trailing 12-month (TTM) selling tally of FPIs of $36 billion is higher than $28 billion recorded during the 2008 global financial crisis.

'The Indian stock market faces troubling headwinds and would certainly have corrected much more year-to-date were it not for domestic fund flows helping to absorb record net foreign selling. The stresses are already showing in terms of a rupee, which hit an all-time low on March 7,' Wood wrote.

'Non-oil and non-gold imports were already growing at a two-year annualised rate of 20 per cent in February before the Ukraine-triggered further surge in the oil price. Assuming an average oil price of $90 per barrel in FY23, the current account deficit could hit a 10-year high of 2.8 per cent of GDP,' Wood added.

DIIs, according to a note by Motilal Oswal Financial Services (MOFSL), recorded their highest inflow in February into Indian equities since March 2020 at $5.6 billion at a time when FIIs sold for the fifth consecutive month with their withdrawals amounting to $5 billion.

Four of the top five stocks that saw a maximum decline in value in February were from the banking space.