In Charts: FDI inflows revive in FY20, but face Covid test in FY21

The inflows came higher in March than in February of 2019-20 despite the lockdown for a week, reports Indivjal Dhasmana. 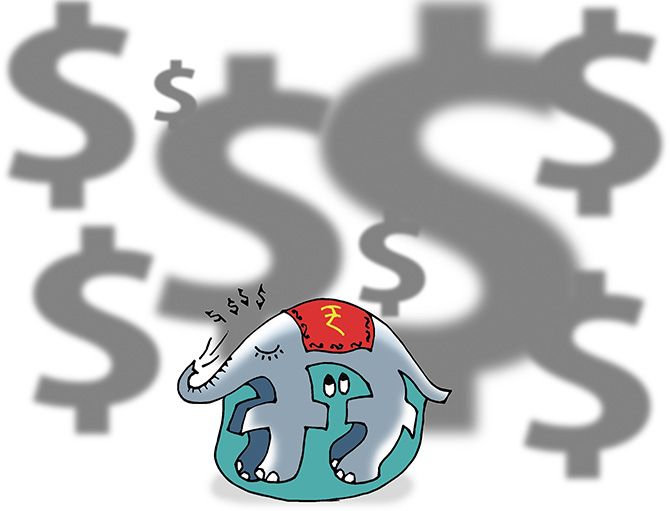 The foreign direct investment (FDI) inflow resurrected in 2019-20 to hit a four-year high growth of 13 per cent, but it may decline significantly in FY21 due to the lockdown.

Not only was the FDI at $49.9 billion a record high witnessed by India so far, it also recorded growth after the 1 per cent fall in the previous year.

Since the start of the UPA's second stint, FDI inflows have been following a roller-coaster ride.

However, it contracted in three years in the UPA regime, but only in one year during NDA so far and that too by 1 per cent (chart 1). However, when it comes to FDI's share in GDP, it continued to remain in the range of 1.6-1.7 per cent for the past three years. The inflows came higher in March than in February of 2019-20 despite the lockdown for a week.

The FY20 started with a year-on-year fall in FDI with the second month also witnessing a decline.

September and October saw a contraction of 41 and 32 per cent, respectively.

In that respect, the March number was quite encouraging (chart 3). 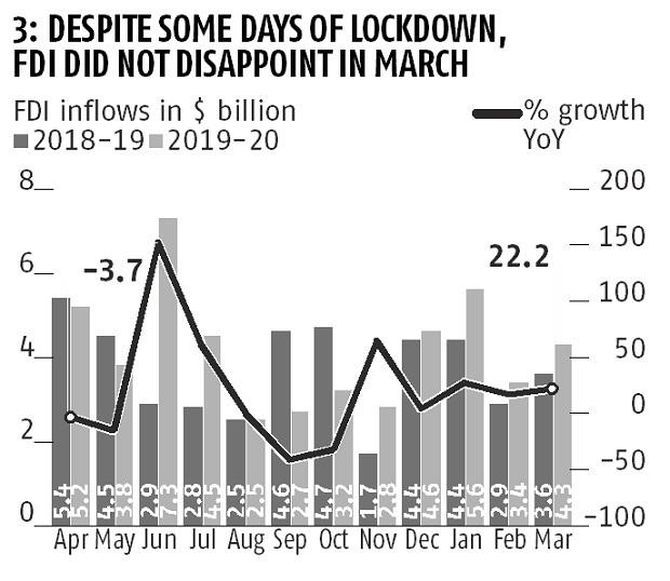 India continued to remain in the eighth position in the global pecking order in 2019 even though France and Canada swapped their positions at seventh and ninth positions in 2018 and 2019.

Canada and Germany gave a hell lot of competition to India for the eighth position in 2019 (chart 4). As India-Mauritius treaty came into effect, Singapore replaced the island country as the top most source of India's FDI.

In fact, Singapore contributed double of FDI from Mauritius in FY19, even though it came down a bit in FY20.

Also, Cayman Islands and Cyprus strengthened their position over the years (chart 5). Services sector, together with computer hardware and software, drew up to 31 per cent of FDI inflows (chart 6). 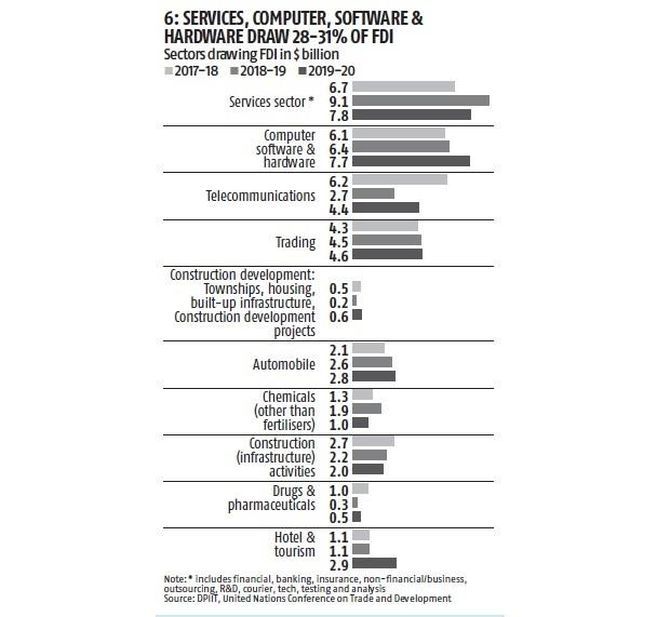