India's exports jumped 45.76 per cent to $33.28 billion in August on account of healthy growth in segments like engineering, petroleum products, gems and jewellery and chemicals, even as the trade deficit widened to a four-month high of $13.81 billion. 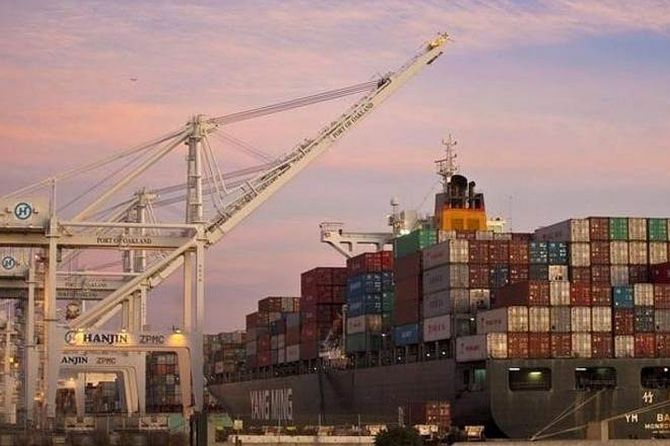 Imports in August rose 51.72 per cent to $47.09 billion, as against $31.03 billion in the corresponding month of 2020, according to the commerce ministry's data released on Tuesday. 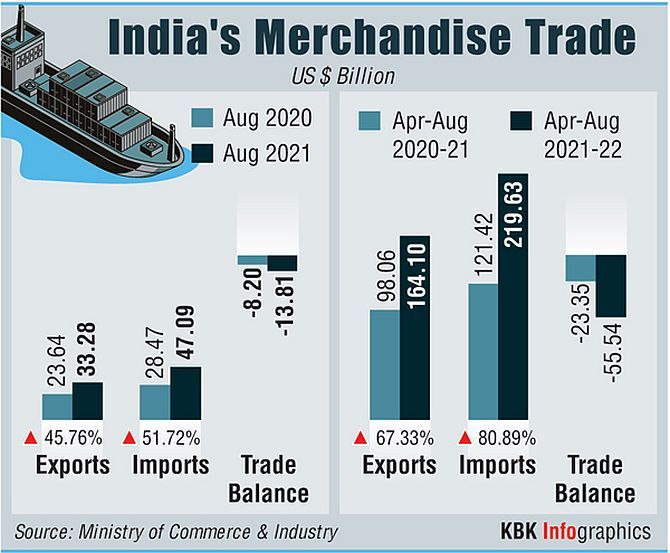 Commenting on the figures, former president of the Federation of Indian Export Organisations (FIEO) S K Saraf said export growth remains healthy and India is on course to achieving the $400 billion exports target by end of this fiscal.

FIEO president A Sakthivel said augmenting the flow of empty containers and establishing a regulatory authority to seek justification of freight hike and imposition of various charges by shipping lines need urgent intervention of the government.

He requested the government to provide freight support to all exports till March 31 as freight rates have skyrocketed and are likely to cool by then.

ICRA's chief economist Aditi Nayar said the predominant drivers behind the widening of the trade deficit have been gold and oil imports.

With gold imports likely to ease in the ongoing month on account of the inauspicious period, the merchandise trade deficit may moderate under $10 billion in September, she said.

"We expect a small current account surplus in Q1 FY2022 to offset a mild deficit in the ongoing quarter, resulting in a largely balanced current account in H1 FY2022," she added.

This would take India's first half (April-September) exports to a level of $193 billion to $195 billion, Iyer said.