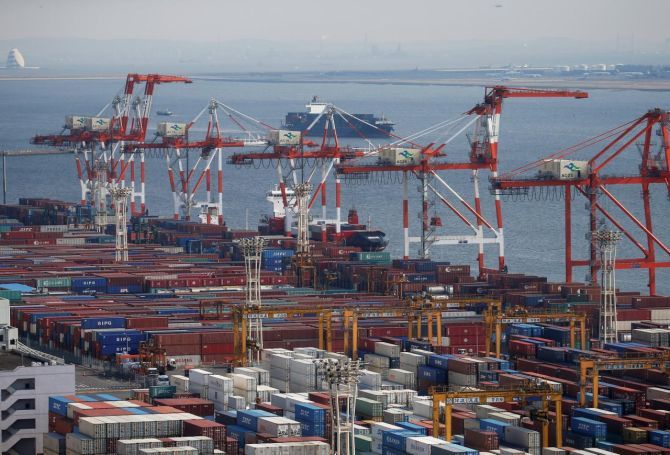 Exports grew by 17.57 per cent to $27.7 billion in June on account of healthy growth in sectors such as petroleum and chemicals but trade deficit widened to a 43-month high of $16.6 billion due to costlier crude oil imports.

Imports rose by 21.31 per cent to $44.3 billion during the month, according to the data released by the commerce ministry. 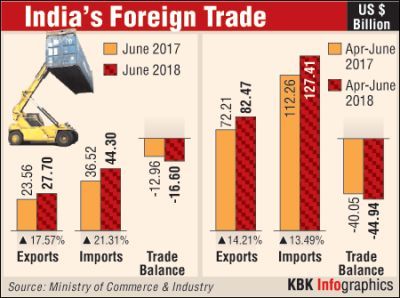 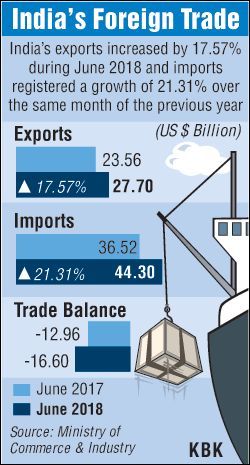 "MSME sectors of exports are still feeling the pinch of liquidity crunch as banks and lending agencies have continuously been tightening their lending norms," he said in a statement. 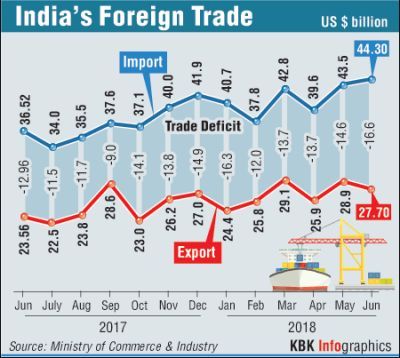 Gold imports in June dipped by about 3 per cent to $2.38 billion.

Meanwhile, the Reserve Bank data showed that services exports in May contacted by 7.91 per cent to $16.17 billion.

The trade balance in services (i.e. net export of services) for May was estimated at $5.97 billion. 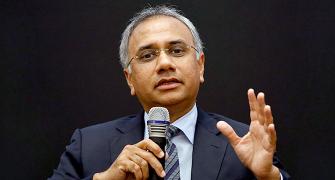 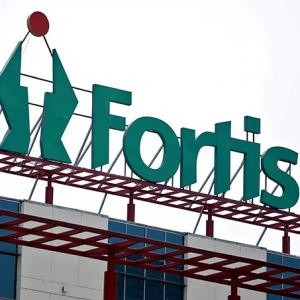