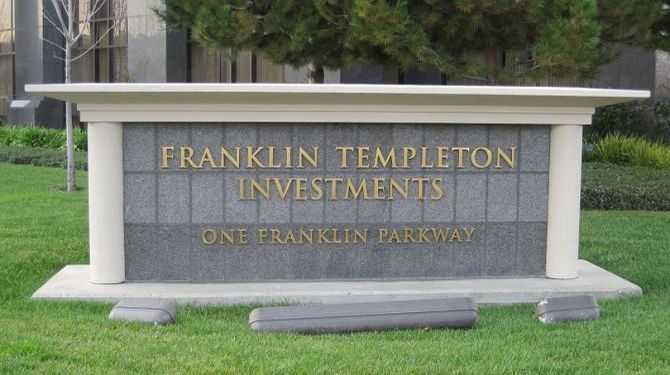 Franklin Templeton Mutual Fund (MF), which shut its six schemes in April 2020, is facing the heat from the Enforcement Directorate (ED) and the Securities and Exchange Board of India (Sebi).

According to sources, while the ED has registered a money-laundering case against the fund house and eight others, the market regulator has issued a show-cause notice and summons to the company and its key personnel who redeemed their investments days or weeks before the closure announcement.

“Sebi has started adjudication proceedings into alleged breach of Fraudulent and Unfair Trade Practices (FUTP) regulations after an audit finding revealed that several individuals and entities linked to the fund house redeemed their holdings in excess of Rs 50 crore.

"Some of the officials will appear before Sebi over the next few weeks,” said a source.

An email sent to Sebi didn’t elicit any response.

"All redemption applications submitted by unit holders until April 23, 2020, were processed in the normal course of business.

"None of the key persons has redeemed any units post the trustees taking the in-principle decision to wind up the schemes.

"We have submitted detailed responses to the show-cause notice issued by Sebi.”

Meanwhile, a senior ED official said, “We have been apprised about several instances wherein key managerial persons, while in possession of sensitive information, redeemed their investments.

"We are in the process of collating more inputs to probe the money trail and possible siphoning off of funds.”

Other executives who are also charged with provisions of the Prevention of Money Laundering Act are Radhakrishnan Venkada, Pradip Pannalal Shah, Tabassum Abdulla, and Santosh Das Kamath.

The six schemes that wound up had cumulative assets under management of Rs 25,000 crore and over 300,000 investors.

“Our focus has been, and remains, on returning monies at the earliest, by supporting SBI Funds Management in the monetisation process.

"The schemes have already distributed Rs 9,122 crore to investors and have accrued another Rs 1,180 crores in cash as on February 26, 2021,” the FT spokesperson said.

Sources said both ED and Sebi were also probing whether investment practices followed by the fund house led to the crisis.

“The bonds where a put option was available was not exercised, even though the ratings of the securities were downgraded to BBB-, below which the security becomes non-investment grade.

"This was done despite the advice of risk management committee to the contrary,” the ED’s initial findings said.

The ED is in possession of information regarding companies where put option was not availed.

For example, Reliance Big Private’s ratings were downgraded from A- to BBB- in May 2019 and from BBB- to D in June 2019.

A put option available for these securities in June 2019 was not availed.

There were similar instances in Reliance Infrastructure and other companies too.

Explaining the matter, another officer said, “The problems in these mutual fund schemes started with the decision to make investments in debentures and debt bonds of illiquid and non-worthy companies.

"To stave off the redemption pressure, the fund house had to resort to borrowing and selling off some of its healthy papers at a discount.”

The probe agency further pointed out inconsistencies in the allocation of buyback amounts in some securities, leading to preferential treatment being given to investors of one scheme over the other schemes.

Besides, discrepancies were found in the inter-scheme transfers.

“High investments were made in Illiquid and unlisted debt securities.

"Each scheme has exposure to illiquid securities.

"Due to liquidity pressures, certain schemes were being used to generate liquidity for the schemes where redemption pressure was very high,” ED said.

The ED case follows the police complaint filed by investors of FT in Chennai for alleged criminal conspiracy and defrauding investors.