The Enforcement Directorate (ED) has filed a money-laundering case against renowned cardiologist Dr Naresh Trehan and others in connection with allotment of land for the Medanta Hospital in Gurgaon, officials said on Wednesday. The central probe agency has filed a criminal case under the Prevention of Money Laundering Act (PMLA) after going through a recent FIR of the Gurgaon police that has been filed against 16 people, including Trehan, co-founder of the hospital.

The ED has named all the accused as stated in the police complaint, the officials said.

The first investigation report was filed on the directions of the additional sessions court in Gurgaon in connection with alleged irregularities in the 53-acre allotment for 'Medicity' in Sector 38, for which locals were evicted in 2004, the police had said.

Medanta, however, had termed the allegations in the case as false and motivated.

The case was lodged at the Sadar police station in Gurgaon last week and the accused were booked under sections of the PMLA and Prevention of Corruption Act.

"This complaint has been filed by a person who claims to be an RTI activist, however, it has been reported in the press that he has had an FIR for extortion registered against him. All the allegations in this complaint are completely false, baseless and motivated," a Medanta spokesperson had then said.

Gurgaon resident Raman Sharma has alleged that land for the 'Medicity Project' was allotted to Trehan, Sunil Sachdeva, Atul Punj and Anant Jain in violation of laws and criminal abuse of public policy, criminal misconduct, and influence by public servants causing pecuniary advantage to private persons, among others, according to the FIR.

The complaint stated that the Haryana government had in 2004 evicted locals from their ancestral lands in the area, now known as Sector 38, Gurgaon, for public purpose under the provisions of the Land Acquisition Act, 1984.

Thereafter, the state government, through HUDA, had released an advertisement for the 'Medicity Project', which was envisaged to have super-speciality hospitals of international standard, academic medical institutions and other institutions related to medical care and research to provide state-of-the-art medical facilities at one place along with other ancillary and subservient services in the form of a shopping mall and a yatri niwas.

The complaint alleges that factors of eligibility, and terms and conditions were "nullified" at various stages by accused government officials causing pecuniary advantage to Trehan, Sachdeva, Punj and Jain and further caused "immense loss to the state".

The government officials also allotted the entire site of Medicity to Trehan without any consideration of his financial capability, it added. 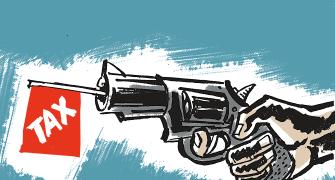