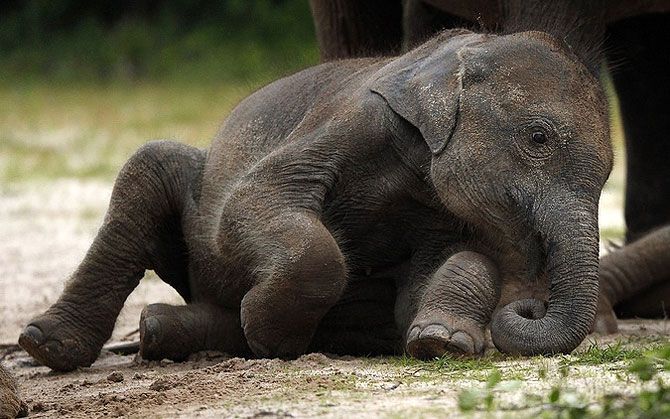 Seeing an opportunity in the recent turmoil in global equity and currency markets, Finance Minister Arun Jaitley on Thursday said India, with 8-9 per cent growth rate, can replace China as the driver of world economy.

The country has already laid down a ‘red carpet’ for businesses which want to invest here, he said, committing to push ahead with the government's reforms agenda.

"The world needs other engines to carry the growth process.

"And in a slowdown environment in the world, an economy which can grow at 8-9 per cent, like India, certainly has viable shoulders to provide the support to the global economy," he said.

In an interview to BBC, Jaitley said India is an investor-friendly destination and investors need not fear any retrospective legislations.

"My message to the people wanting to do businesses in India is that there is a red carpet laid down for you.

“India needs investments, India invites investments and we are going to be one of the more investor-friendly destination," he said, adding that the present government will never resort to retrospective taxation.

"In an environment where there is a relative global slowdown, India seems to be doing reasonably well.

“We finished last year with 7.3 per cent growth rate, will probably finish this year with a slightly better growth rate than that and next year hopefully will be a little better," Jaitley said.

According to International Monetary Fund, India will overtake China as the fastest growing emerging economy in 2015-16 by clocking a growth rate of 7.5 per cent.

Meanwhile, Reserve Bank of India Governor Raghuram Rajan on Wednesday said it will be ‘a long time’ before India can replace China as a growth engine for the global economy, even if it grows at a faster rate.

Jaitley said, "I see this as a great opportunity. The Chinese normal has now changed. It is no longer the 9 per cent, 10 per cent, 11 per cent growth rate".

An unexpected devaluation of the Chinese yuan triggered a sell-off in their stock markets, that had a rippling effect in markets the world over.

Indian equity market too fell the most in its history on Monday, but has since recovered. Rupee too was hit badly by the global developments.

It is an opportunity and challenge for Indian politics, Jaitley said, adding "if we can continue to reform at a faster pace and really attract global investment, then our ability to provide that shoulder which the world economy needs will be much greater".

The challenge, he said, is always there as the government is required to convince those sections of the society which are yet to benefit from the growth process. "I think the processes could be slower, but its a more stable system."

Talking on the crash in stock markets earlier this week, Jaitley said it had a transient impact.

"When the Chinese economy slowed down a little it didn't impact much.

"When the devaluation and the currency war started we did get somewhat adversely affected. When global markets fell, we also felt a huge impact in terms of currency and markets.

“But within a day we had recovered," he said.

On the reforms agenda, he said: "The government has absolute clarity about the direction it has to pursue. . . Prime Minister Modi's government, almost by the day, is continuing to move and reform in the right direction and slowly but surely the results are showing".

The lower commodity and oil prices are advantageous for India, he said, adding that the money saved on subsidies would be invested on infrastructure development.

Jaitley said the capacity has to expand further, given that the Indian economy is expanding.

Replying questions on bureaucratic delays, he said the procedures are a bit complicated but the government is trying to improve the system.

Image: The Indian economy is traditionally likened to a lumbering elephant. Photograph: Reuters 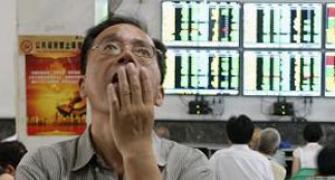 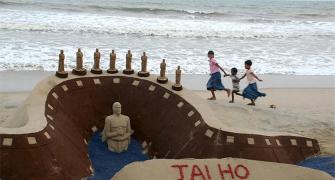 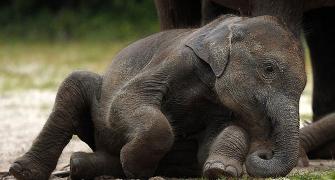