Don't make 'mockery' of your lending operations: RBI to banks

A firm RBI stance risks increasing market volatility at a time when analysts expect the central bank to cut rates by another 50 to 75 basis points this year after last month's 25 basis point cut. 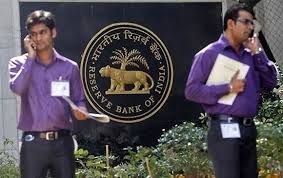 The Reserve Bank of India is getting tougher on extending unlimited credit to the country's banks to try to ensure they push interest rate cuts through the financial system and to stop them from making what one official called a 'mockery' of its operations.

India's commercial banks readily borrow from the central bank at the policy rate but then lend that money out at a high rate, in what RBI Governor Raghuram Rajan describes as a culture of 'lazy banking.'

The RBI argues this reduces the effectiveness of its monetary policy decisions and the cheap funding rates for banks are not passed on to retail and corporate borrowers at a time when the economy is only gradually recovering from a slowdown.

"They have made a mockery of our monetary policy transmission framework," said one official familiar with the RBI's thinking.

Another senior official with knowledge of the central bank's views said the RBI wanted to end a 'whenever you want, you come' mentality that many lenders had regarding funding.

"It is not actually the responsibility of the central bank to always keep the tap open," he said.

Reducing banks' reliance on overnight funding from the central bank is a key part of Rajan's goal of reforming Indian money markets unveiled in January 2014.

The RBI believes that banks which manage their assets and liabilities without always tapping the central bank for cash, will be more efficient and so will react more quickly to changes in monetary policy through their deposit and lending rates.

India's banks rely on overnight borrowings to fund longer-term lending and these rates are often volatile. Furthermore, tight liquidity constrains lending with banks worried they will be caught short of funds, according to bankers.

Only three of 45 commercial banks have cut base lending rates since the RBI's surprise easing this month, hurting the government's drive to lift business investment.

The sources said the RBI is adamant it will not inject additional liquidity after loosening the statutory liquidity ratio further to give banks more available cash.

The ratio is the proportion of deposits that banks must hold in government bonds, cash or gold.

It also ruled out for now introducing longer-term repos beyond the 7-day and 14-day repos.

A firm RBI stance risks increasing market volatility at a time when analysts expect the central bank to cut rates by another 50 to 75 basis points this year after last month's 25 basis point cut.

The overnight cash rate surged to as high as 26 per cent this month.

Ideally, it should closely track the RBI's 7.75 per cent repo rate, the key policy rate.

Yet, lacking any means to penalise banks beyond verbal arm twisting, analysts say the RBI will struggle to change banks' behaviour, with only a few incentives left such as shifting the timings of fund infusions to earlier in the day when cash needs are higher.

Banks have grown accustomed to easy overnight funding because the RBI was previously seen as always willing to inject funds, a practice that Rajan derided as "bailing out the banking system" and subsequently curbed.

"These banks are still in the old world," said a senior executive at a large primary dealership.

"Earlier it was free-for-all. Right now, the system has improved in terms of predicting shortfalls.

That is not how domestic banks see it. Bank executives complain the RBI consistently underestimates how much money banks need and does not provide enough clarity on how much it plans to inject on days it anticipates tighter cash conditions.

A senior treasury official at a large state-run bank said as a rule of thumb it kept a daily cash cushion of Rs 4 to 5 billion ($64-$80 million) to guard against any unexpected demand for funding from retail or corporate customers.

"The only solution I see is that they will have to give more cash," he said.

© Copyright 2021 Reuters Limited. All rights reserved. Republication or redistribution of Reuters content, including by framing or similar means, is expressly prohibited without the prior written consent of Reuters. Reuters shall not be liable for any errors or delays in the content, or for any actions taken in reliance thereon.
Related News: Reserve Bank of India, Raghuram Rajan
SHARE THIS STORY
Print this article 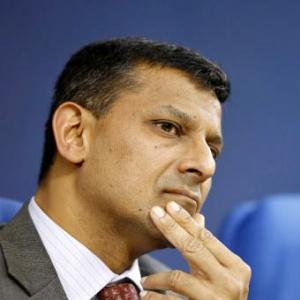 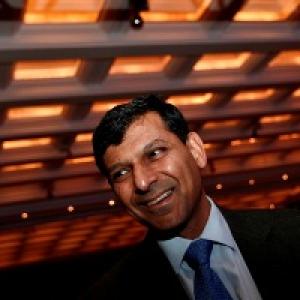