The Cabinet on Wednesday gave in-principle approval for strategic disinvestment along with transfer of management control in IDBI Bank in line with the Budget announcement earlier this year. 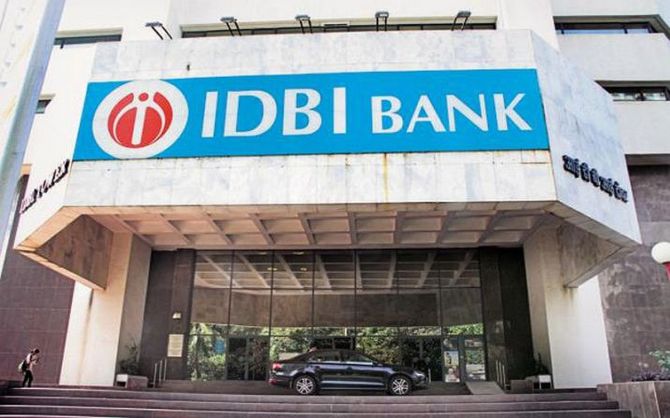 The central government and LIC together own more than 94 per cent equity of IDBI Bank. LIC, currently the promoter of IDBI Bank with management control, has a 49.21 per cent stake.

The extent of respective shareholding to be divested by the central government and LIC shall be decided at the time of structuring of transaction in consultation with the RBI, it said.

Finance Minister Nirmala Sitharaman while presenting the Budget 2021-22 had announced the privatisation of public sector banks (PSBs) as part of a disinvestment drive to garner Rs 1.75 lakh crore.

Insurance giant LIC has completed the acquisition of 51 per cent controlling in IDBI Bank in January 2019.

"LIC's Board has passed a resolution to the effect that LIC may reduce its shareholding in IDBI Bank Ltd through divesting its stake along with strategic stake sale envisaged by the government with an intent to relinquish management control and by taking into consideration price, market outlook, statutory stipulation and interest of policyholders," the statement said.

This decision of the LIC board is also consistent with the regulatory mandate to it to reduce its stake in the bank, it added.

The statement further said it is expected that strategic buyer will infuse funds, new technology and best management practices for optimal development of business potential and growth of IDBI Bank and shall generate more business without any dependence on LIC and government assistance/funds.

Resources through strategic disinvestment of government equity from the transaction would be used to finance developmental programmes of the government benefiting the citizens, it said.

Earlier in March, the Reserve Bank of India (RBI) had taken out IDBI Bank from the prompt corrective action (PCA) framework, subject to certain conditions and continuous monitoring.

The bank was put under the PCA framework in May 2017, slapping curbs on expansion, investments and lending.

IDBI Bank was put under PCA after it had breached the thresholds for capital adequacy, asset quality (net NPAs was over 13 per cent in March 2017), return on assets and the leverage ratio.

The Mumbai-based lender also turned profitable on an annual basis after five years as it reported a standalone profit of Rs 1,359 crore for 2020-21 fiscal as against a loss of Rs 12,887 crore in FY20.

The gross non-performing assets (GNPA) ratio improved to 22.37 per cent as against 27.53 per cent.

Provision Coverage Ratio (including technical write-offs) improved to 96.90 per cent as of March 31, 2021.