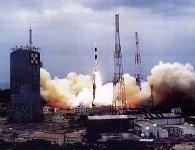 The UPA government looks set to give the contract a decent burial and, in turn, redeem ISRO and itself.

G Madhavan Nair, former chairman of the Indian Space Research Organisation (Isro), has been incommunicado since the controversial deal with Devas Multimedia came to light. Nair, who has had a track record of successful space launches, had inked the deal in 2004 in his capacity as the chairman of Isro and Antrix.

Whatever the outcome, right from the outset, it looks clear that the United Progressive Alliance (UPA) government at the Centre, which is in the middle of the mega 2G scandal, wants to give a decent burial to the Isro-Devas contract and, in turn, redeem itself and Isro.

Though the Cabinet Committee on Security (CCS) will take the final call on the deal, Isro has gone on record saying the process of scrapping the contract is underway. With the centre of action shifting to Delhi, Devas Multimedia CEO Ramachandran Viswanathan is camping in New Delhi to make a last-ditch effort to save the deal.

The company, which claims to have made substantial investments in building technological capabilities, says Isro has to adhere to the 'legally-binding contract' before taking any 'unilateral' decision.

"In the last few days, we have tried to speak to senior members of the government and explain our situation. We have also requested the prime minister for a hearing," says Viswanathan.

Meanwhile, being in news for wrong reasons has been affecting Isro scientists' morale. Many scientists, who do the leg work and may not even be aware of Isro's budget or how much revenue Antrix generates, feel despondent because of the bad name the incident has given the organisation.

"Isro is not used to this kind of a tumult. This is a very different kind of experience for us. We are slowly trying to overcome that," said a top scientist on condition of anonymity.

According to Isro, the S-band of the spectrum, which is seen as being precious now, was not much in demand in early 2000s, when DTH and third-generation (3G) mobile technology were yet to take shape. Sometime in 2003, M G Chandrasekhar, a former scientific secretary at Isro, approached the then Isro chairman K Kasturirangan to monetise the idle S-band of the spectrum.

"He proposed an 'innovative idea' to Kasturirangan, who appreciated it and asked him to go ahead with his programme," said sources at Isro. With this, Chandrasekhar floated Devas Multimedia with the help of a few other top-notch Isro scientists and industry experts in 2004.

Other than Chandrasekhar, D Venugopal, the chief technology officer at Devas, too, had a stint at Isro as the head of its satellite communications programme. Kiran Karnik, former Nasscom president and a former Isro scientist, also joined the board, before stepping down a few weeks ago.

The Department of Telecommunication (DoT) is the custodian of the spectrum or airwaves in India. Government agencies, including the Department of Science and the defence ministry, hold around 55 per cent of the available 1,161 MHz spectrum.

This band (S-band) was once used by Doordarshan to deliver programmes through satellite across the country, but is now considered of enormous commercial value for high-speed, terrestrial mobile communications.

At the time of its inception, Devas was quite clear about its mandate to launch digital satellite multimedia broadcast services (D-SMB) in India using the space infrastructure. It needed to obtain rights to use the S-band (which ranges from 2,500 MHz to 2,690 MHz), the rights of which are with Isro. In January 2005, when G Madhavan Nair was the chairman, the company was made preferential allotment of the required bandwidth. The decision to award the contract was put before the board of directors of Antrix, headed by Nair.

However, when the decision to award the contract was taken by the seven-member Antrix board, Tata and Godrej were not present. This indicates that the then Isro chairman was party to the decision and later sealed the deal. K R Sridhara Murthy, who was the managing director of Antrix, superannuated in September last year.

The agreement relates to Isro's launching of two satellites for Devas, bestowing on the latter an unbridled 20-year use of 70 MHz of the S-band spectrum. Devas Multimedia was to get rights to 10 transponders on each of the satellites for barely Rs 1,000 crore.

Going by the contract with Devas, Antrix would have made just $11 million (about Rs 40 crore) a year per satellite for 12 years. Reports, however, claimed that the spectrum largesse to Devas could have caused the exchequer a loss in excess of Rs 2 lakh crore.

A brainchild of former Isro chairman U R Rao, Antrix Corporation started as the commercial and marketing arm of Isro to sell its products and services globally. When Rao proposed the idea to industry to take up the marketing responsibility of the space body much in the same manner as Nasa, there were not enough takers for the idea.

"People were not interested for two reasons  one, they did not have the capacity to develop international presence; and, two, they were reluctant to make huge investments as our space budget was very little at that time," recalls Rao. "I am happy that Antrix has made an extremely good impact in the global market in the last 20 years," he adds, even as he does not want to touch upon the recent controversy. "I have no locus standi on the issue. I am not involved," he says.

Now a wholly-owned Government of India company under the administrative control of the Department of Space, Antrix clocked a revenue of Rs 1,059 crore in 2008-09. Even in 2008, Antrix was given the 'Miniratna' status by the Centre.

If the deal with Devas is scrapped, Isro may have to pay a penalty according to the contractual obligation. "The government is of the view that there is a huge requirement of S-band transponder in the country. If the deal is revoked, we have to abide by certain contractual obligations according to the agreement," sources at Isro said, without confirming if the space agency needed to pay a penalty to Devas.