A slowdown in India's growth rate, the World Bank said, also affected the growth rate of South Asia. As a result, South Asia has fallen to second place after East Asia and the Pacific. 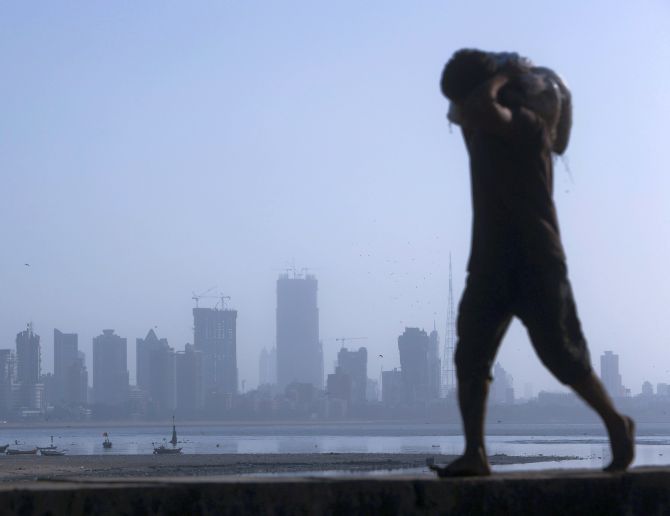 India's economic momentum has been affected by disruptions from the withdrawal of banknotes and uncertainties around the Goods and Services Tax (GST), the World Bank says in its latest report.

Sound policies around balancing public spending with private investment could accelerate growth to 7.3 per cent by 2018, the World Bank said in its South Asia Economic Focus, a biannual economic update.

While sustained growth is expected to translate to continued poverty reduction, more focus could be made to help benefit the informal economy more, said the report released in Washington, DC, ahead of the annual meeting of the International Monetary Fund and the World Bank.

Union Finance Minister Arun Jaitley would be leading the high-powered Indian delegation to the fall meeting of the two financial institutions. Jaitley, who arrived in the US on Monday, is scheduled to come to WashingtonDC later this week.

On Tuesday, he travelled to Boston from New York to interact with the American corporate leaders based there and address students of the prestigious HarvardUniversity.

A slowdown in India's growth rate, the bank said, has also affected the growth rate of South Asia. As a result, South Asia has fallen to second place after East Asia and the Pacific.

In its India section of the report, the Bank said one-time policy events -- disruptions from demonetisation and uncertainty surrounding GST -- slowed India's economic momentum in 2016.

On the one hand, public and private consumption gained pace: after implementation of the 7th central pay commission recommendations; and due to the revival in rural demand after normal monsoon and agricultural impetus.

On the other, overall demand slowed as public investments started to wane.

According to the bank, GST is expected to disrupt economic activity in early 2018, but has momentum to pick-up.

Evidence suggests that post-GST manufacturing and services contracted sharply, it said, adding that however, activity is expected to stabilise within a quarter -- maintaining the annual GDP growth at 7.0 per cent in 2018.

Growth is projected to increase gradually to 7.4 per cent by 2020, underpinned by a recovery in private investments, which are expected to be crowded-in by the recent increase in public capex and an improvement in the investment climate (partly due to the passage of GST and Bankruptcy Code, and measures to attract FDI), the bank report said.

The most substantial medium-term risks are associated with private investment recovery, which continues to face several domestic impediments such as corporate debt overhang, regulatory and policy challenges, along with the risk of an imminent increase in US interest rates, it said.

"If the internal bottlenecks are not alleviated, subdued private investment would put downside pressures on India's potential growth," the report said.

Downside risks to the global economy -- and accordingly to export growth and capital flows -- are also substantial given the possibility of monetary policy normalisation in the USA and risks of protectionism, it added.