The latest official numbers on the price of agricultural produce gives an idea of why farmers are angry. 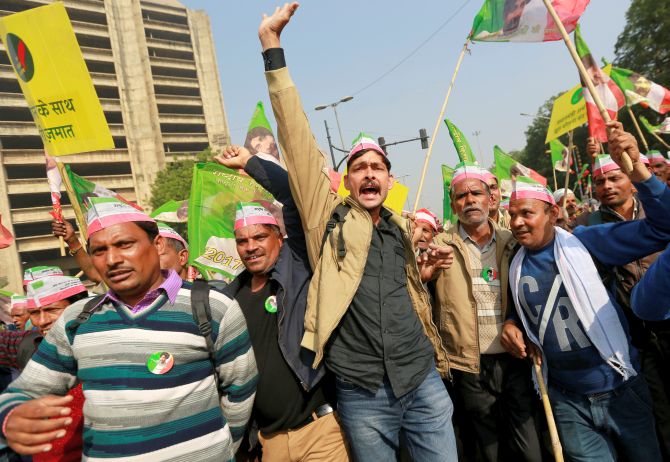 The latest numbers on the price of agricultural produce give an idea of what fueled the farmers' protest in Delhi.

Gross value added (GVA) during the September quarter (the second for the financial year beginning April 1) in agriculture, forestry and fishing rose 3.8 per cent at constant prices but 2.8 per cent at current prices over a year.

This means prices increased at a slower rate in the period, compared to a year before.

In contrast, the gap between GVA at constant and current prices during the corresponding period of 2017-18 was a positive 1.7 percentage points.

"Farmers aren't getting remunerative prices. They incur a huge loss in selling their produce below the state-mandated Minimum Support Price (MSP)," said a senior leader associated with the farmers' protest.

According to a government statement, the production of kharif crops in 2018-19 is expected to rise by 0.6 per cent as compared to 1.7 per cent during the same period last year.

Which means less of output growth has not meant better prices.

"A GVA of 3.8 per cent in the second quarter of 2018-19 is surprising, given that production of several kharif crops could fall as per the First Advance Estimate for the year.

"I think production of the allied sector, which has 55 per cent share in agricultural GVA, contributed," said Madan Sabnavis, chief economist at CARE Ratings.

Around 55 per cent of the GVA of this sector is from livestock products, forestry and fisheries, where the combined growth was 6.7 per cent in Q2.

India's kharif grain production in the 2018-19 crop year that started in June is projected to touch an all-time high of 141.59 million tonnes (mt), up 0.6 per cent from last year.

Despite an almost 10 per cent overall shortfall in monsoon, rains were distributed well and were timely. 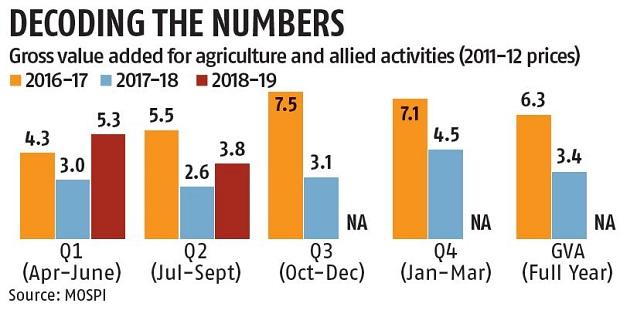 The total area under kharif crops is estimated this year at close to one per cent more than last year.

According to the First Advance Estimate, rice production is estimated at 99.24 mt, about 1.8 per cent more than the final estimate for 2017-18.

This is despite several parts of Bihar, Jharkhand and eastern UP experiencing drought-like conditions in the initial period of the four-month southwest monsoon season that started from June.

Coarse cereal output is estimated at 33.13 mt, around 2.2 per cent less than last year.

The drop is due to a shift towards sowing of soybean in place of more traditionally grown lentils in some parts of Madhya Pradesh and Maharashtra.

Total oilseed production is estimated at 22.18 mt, nearly 5.7 per cent more than last year's final estimate of close to 21 mt.

Due mainly to a 22.6 per cent jump in soybean, despite a fall in groundnut production. 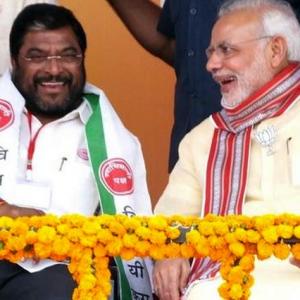 GDP growth slows to 7.1% in Q2; still faster than China