The court also restrained RHC Holdings from operating its bank accounts except for payment of salaries and statutory dues till March 23, the next date of hearing. 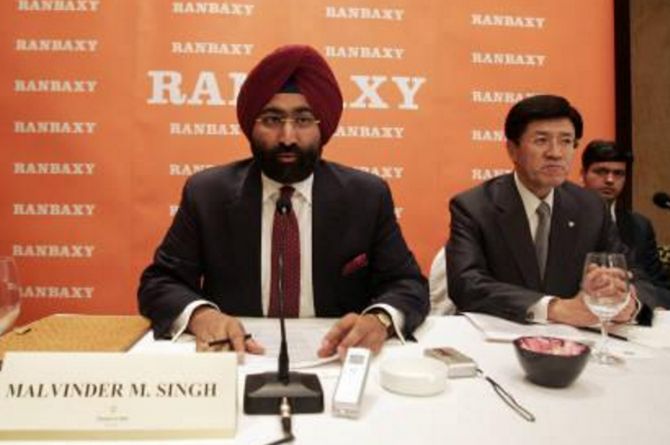 "Let warrants of attachment of all unencumbered assets (of the two companies) be issued," the judge said.

The court also restrained RHC Holdings from operating its bank accounts except for payment of salaries and statutory dues till March 23, the next date of hearing.

It directed the Singh brothers and others to maintain status quo on all the assets where they have any interest, as it also issued a garnishee order relating to the two companies.

A garnishee order is passed by an executing court directing or ordering a garnishee not to pay money to judgment debtor since the latter is indebted to the garnisher (decree holder).

It is an order of the court to attach money or goods belonging to the judgment debtor in the hands of a third person.

During the hearing, senior advocates P V Kapur and Arvind Nigam, appearing for Daiichi, pointed out two affidavits filed by the two companies in 2016 and 2017 giving the list of their unencumbered assets and urged the court to attach the assets.

Senior advocate Rajiv Nayyar, appearing for the Singh brothers, companies and others, said the court should appoint a chartered accountant to set the process in motion.

The court had earlier restrained the Singhs and others from selling or transferring their shares or any movable or immovable property.

The brothers had disclosed their assets to the court in sealed covers in December 2016 and March 2017 during the pendency of Daiichi's plea seeking enforcement of the 2016 arbitral award passed by a Singapore tribunal against them.

A tribunal in Singapore had passed the award in favour of Daiichi holding that the Singh brothers had concealed information that the Indian company was facing probe by the US Food and Drug Administration and the Department of Justice, while selling its shares.

The high court on January 31 had upheld the international arbitral award passed in the favour of Daiichi and paved the way for enforcement of the 2016 tribunal award against the brothers who had sold their shares in Ranbaxy to Daiichi in 2008 for Rs 9,576.1 crore.

Sun Pharmaceuticals Ltd had later acquired the company from Daiichi.

It had however said that the award was not enforceable against five minors, who were also shareholders in Ranbaxy, saying they cannot be held guilty of having perpetuated a fraud either themselves or through any agent.

Daiichi had moved the high court seeking direction to the brothers to take steps towards paying its Rs 3,500 crore arbitration award, including depositing the amount. It had also urged the court to attach their assets, which may be used to recover the award.

On February 16, the Supreme Court had dismissed Singh brothers' appeal against the high court verdict upholding the international arbitral award, saying it was not inclined to interfere with it.

Daiichi had approached the high court in 2016 to seek the enforcement of a Rs 2,562 crore Singapore arbitral award passed in April 2016, along with an additional claim of interest and lawyers' fees incurred in connection with the proceedings.

The tribunal's award had come after the Japanese company invoked arbitration clause against Singhs alleging that they concealed important information while selling Ranbaxy in 2008.

Daiichi had entered into a settlement agreement with the US Department of Justice, agreeing to pay $500 million penalty to resolve potential, civil and criminal liability.

The company had then sold its stake in Ranbaxy to Sun Pharmaceuticals for Rs 22,679 crore in 2015.

Singhs' counsel had argued the award granted consequential damages which were beyond the jurisdiction of the arbitral tribunal and the award cannot be enforced under the provision of the Arbitration Act.

They had alleged that Daiichi was fully aware of all facts and still chose to retain the Ranbaxy shares, instead of terminating the agreement and returning them. 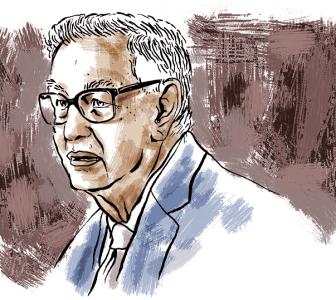 Meet RBI's man for all seasons