‘We were among the first organisations to voice our opposition to the three Acts long before anyone else and had sent memorandums collected from 3,000 tehsils across the country to the agriculture ministry to amend the Bills, but nothing was accepted,’ says BKS general secretary Badri Narayan Chaudhary. While speaking in Varanasi, his Lok Sabha constituency, earlier this week, Prime Minister Narendra Modi said the ongoing protests against the three farm Acts were the result of an Opposition conspiracy and charged that vested interests were inciting farmers.

However, the Rashtriya Swayamsevak Sangh-affiliate Bhartiya Kisan Sangh has come out in strong support of the farmers, saying the Acts only serve the interests of corporate houses and big traders, not farmers. The Swadeshi Jagaran Manch, another RSS affiliate, has also issued a statement opposing the laws.

The laws, according to senior BKS functionaries, have many lacunae, none of which have been reviewed by the government despite repeated entreaties. BKS also lent moral support to the ongoing farmers’ agitation, but said it won’t participate physically as it has never taken part in any violent protest in its history.

“We were among the first organisations to voice our opposition to the three Acts long before anyone else and had sent memorandums collected from 3,000 tehsils across the country to the agriculture ministry to amend the Bills, but nothing was accepted,” BKS general secretary Badri Narayan Chaudhary told Business Standard.

He said gram sabhas in around 15,000 villages across the country passed resolutions to amend specific provisions of the Acts, but none of these was considered by the government.

“We met the agriculture minister to voice our concern, but even if he seems convinced about our stand, as soon as he sits down with officers and bureaucrats, he begins to advance the same old arguments,” said Chaudhary.

In fact, he adds, “These people have even made the prime minister give wrong statements about the Acts”.

BKS says if the government can’t repeal the three Acts, then it should bring a fourth legislation that guarantees minimum support price (MSP) when any agricultural good is traded within the mandi by ensuring that MSP acts as a floor price for any auction. And, for trade carried outside the mandis, there should be penal provisions to ensure it is not below MSP.

“Our advice to the government will be to immediately start and continue the process of dialogue with farmers and clear all their apprehensions satisfactorily,” Chaudhary said.

Meanwhile, a section within the BJP Kisan Morcha, the ruling party’s own farmers’ cell, feels that some tweaking of the laws could be considered to satisfy farmers so that the agitation does not spiral out of control. 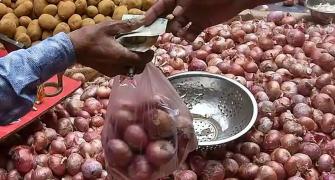 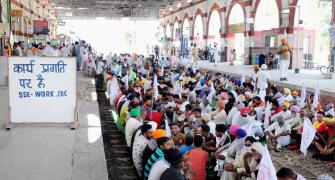