Fitch Ratings on Thursday said the resurgence of COVID-19 infections may delay India's economic recovery, but won't derail it, as it kept the sovereign rating unchanged at 'BBB-' with a negative outlook. 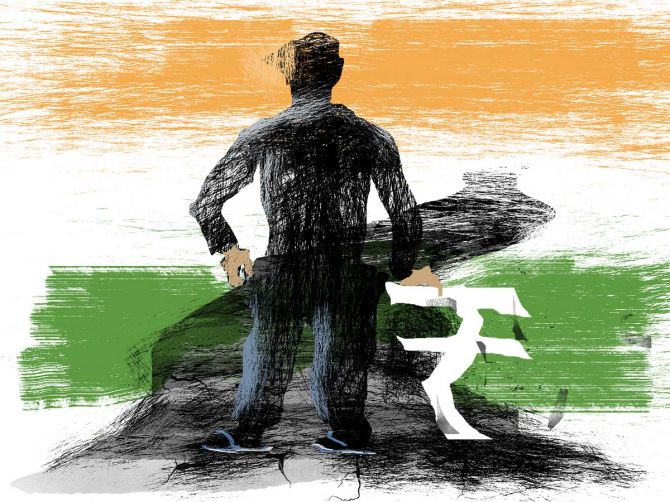 Fitch had in June last year revised outlook for India to 'negative' from 'stable' on grounds that the coronavirus pandemic had significantly weakened the country's growth outlook and exposed the challenges associated with a high public debt burden.

India enjoyed 'BBB-' rating since the upgrade in August 2006, but the outlook has oscillated between stable and negative.

In affirming 'BBB-' rating, Fitch on Thursday maintained a negative outlook for the rating, reflecting "lingering uncertainty around the debt trajectory".

"The Negative Outlook reflects lingering uncertainty around the debt trajectory following the sharp deterioration in India's public finance metrics due to the pandemic shock from a previous position of limited fiscal headroom," it said in a statement.

Wider fiscal deficits and the government plans for only a gradual narrowing of the deficit put greater onus on India's ability to return to high levels of GDP growth over the medium term to stabilise and bring down the debt ratio.

"This second wave of virus cases may delay the recovery, but it is unlikely in Fitch's view to derail it."

In particular, the strong rebound in 2H FY21 and ongoing policy support underpin our expectations for recovery.

"We expect pandemic-related restrictions to remain localised and less stringent than the national lockdown imposed in 2Q20, and the vaccine rollout has been stepped up," it said.

India recorded 3,12,731 new infections in 24 hours - the highest daily case count in a single country since the virus surfaced in China more than a year ago.

Over the past two months, the outbreak in India has exploded, with reports of superspreader gatherings, oxygen shortages and medicine shortages.

The death toll has also climbed to record 2,104.

"Fiscal metrics have deteriorated sharply in the context of the macroeconomic shock and efforts to support health outcomes and the economic recovery.

"We estimate a general government deficit of 14 per cent of GDP in FY21 (excluding divestment) from 7.3 per cent in FY20, consistent with a deficit of 9.5 per cent for the central government," Fitch said.

Part of the increase in the FY21 deficit (around 1.5 per cent of GDP) reflects increased transparency by bringing off-budget spending on the budget.

The government is repaying loans to the Food Corporation of India from the National Small Savings Fund and then keeping such subsidy spending on-budget.

"We expect the general government deficit to narrow to 10.8 per cent of GDP (7.1 per cent central government), on the basis of our expectations of growth recovery and strong revenue performance in 2HFY21," it said.

The central government's FY22 budget outlined a gradual medium-term consolidation, targeting a deficit of 4.5 per cent of GDP by FY26.

This compares to a previous medium-term target of 3 per cent of GDP under the Fiscal Responsibility and Budget Management Act.

"The medium-term debt trajectory is core to our rating assessment, as higher debt levels constrain the government's ability to respond to future shocks and could lead to a crowding out of financing for the private sector, in our view.

"India's current ability to finance its deficits domestically is a strength relative to most 'BBB' peers," it said.

Fitch expected India's potential growth to remain robust relative to 'BBB' peers at around 6.5 per cent.

"The government remains reform-minded, evidenced by the passing of agricultural and labour market reforms in November.

"These reforms could lift growth if implementation risks are addressed, particularly for the agricultural reforms which have met stiff resistance by farmers.

"The Production-Linked Incentive scheme to attract FDI and planned increase in public Capex could boost private sector investment," it noted.

However, weaknesses in India's financial sector pose a risk to the medium-term outlook.

"The degree of asset quality deterioration from the pandemic shock is unclear, amid regulatory forbearance measures and renewed pressures from the second wave."

Fitch expected inflation to decline to an average of 4.4 per cent in FY22, after hovering above the RBI's 2-6 per cent target band for much of FY21.

"Price pressures have moderated, even though both headline and core inflation remain near the upper end of the band.

"We expect the RBI to keep the policy rate stable in the coming year, following 115 bps in cuts since March 2020," it added.

Source: PTI© Copyright 2023 PTI. All rights reserved. Republication or redistribution of PTI content, including by framing or similar means, is expressly prohibited without the prior written consent.
Related News: Fitch, Food Corporation of India, GDP, BBB, FY22
Print this article 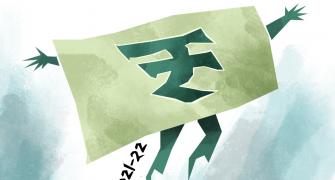 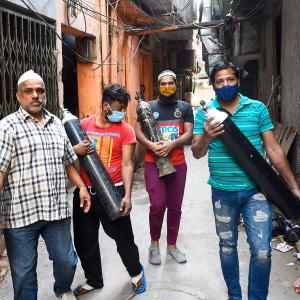 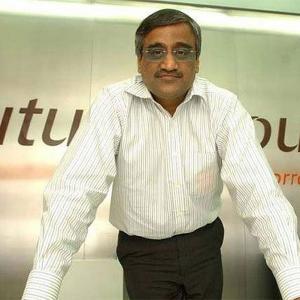