WPI inflation rises to 2.03% in Jan on costlier manufactured items

The wholesale price-based inflation rose to 2.03 per cent in January, 2021, even as food prices cooled. 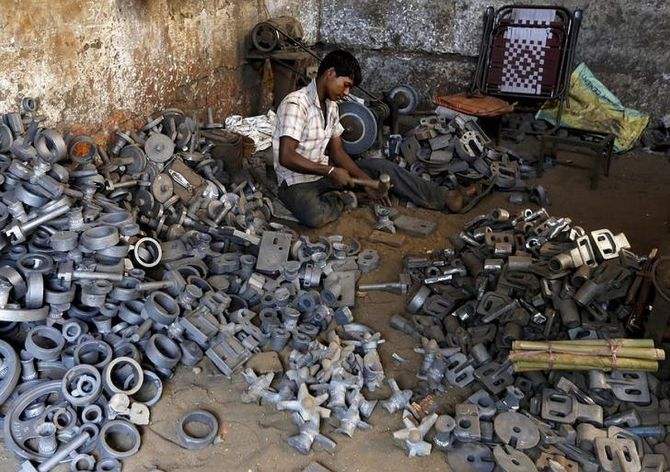 While food articles saw softening in inflation in January, manufactured items witnessed hardening of prices, as per data released by the Commerce and Industry ministry.

In non-food articles inflation was higher at 4.16 per cent during the month under review. 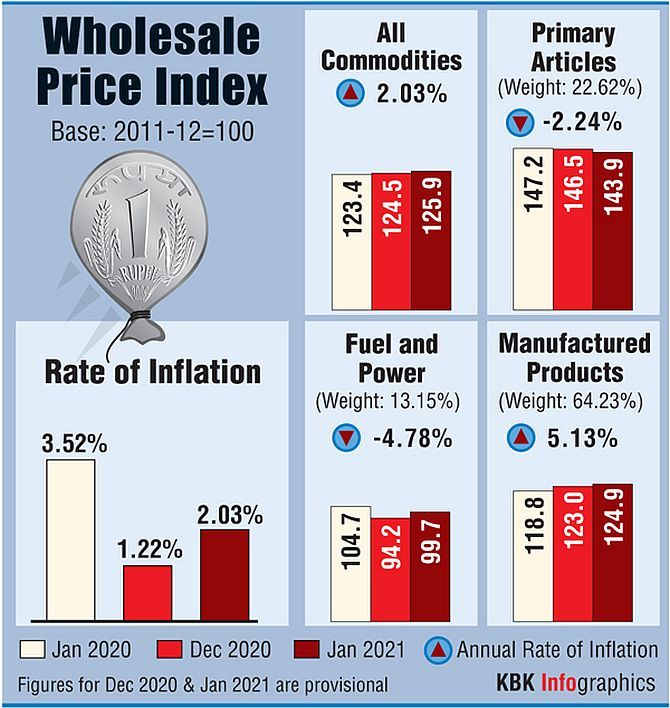 The Reserve Bank of India (RBI) in its monetary policy decision on February 5, kept interest rates unchanged for the fourth consecutive meeting and said that the near-term inflation outlook has turned favourable.

Meanwhile, retail inflation, based on the consumer price index, was at 4.06 per cent in January, data released last week showed.