India Inc more vulnerable now than in recession of 2008

Profitability and cash reserves have halved since the global financial crisis. 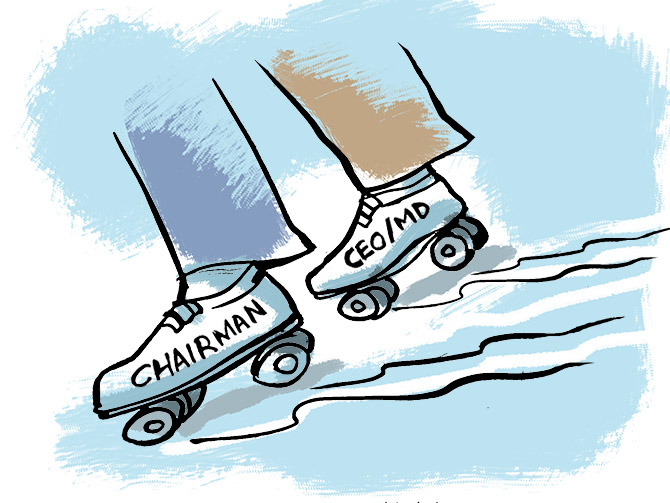 Corporate India now has a much lower financial capacity to absorb large losses, which are arising out of the COVID-19 lockdown, than in 2008, when the global financial crisis struck.

India’s top listed companies now have higher debt, while profitability, accumulated earnings, and cash reserves are much lower than what they were on the eve of the Lehman crisis.

To put it simply, India Inc’s liabilities have grown at a faster pace than earnings and revenues in recent years, eroding their ability to absorb a demand shock from the COVID-19 lockdown.

In contrast, the 2008 crisis was preceded by years of strong double-digit growth in revenues and profits, and that gave a reasonable amount of accumulated earnings to tide over the post-crisis slump in demand and profit (see chart). Net debt in September 2019 worsened to 0.61x, according to unaudited results.

If software services and fast-moving consumer goods companies are removed, the net debt-equity ratio worsened to 0.73x at the end of FY19 from 0.29x in March 2008.

Companies such as Tata Consultancy Services, Infosys, Hindustan Unilever, ITC, and Nestlé are sitting on a fair amount of free cash and are debt-free.

More importantly, companies now have much lower levels of cash reserves and accumulated profits to take care of contingencies than in 2008.

Cash and equivalents accounted for nearly 40 per cent of companies’ net worth in FY08 and they reduced to 29 per cent in FY19.

They declined further to 14 per cent, but this calculation is based on unaudited half-yearly numbers, which may not include all the cash equivalents. To put it differently, companies’ combined cash and equivalents were sufficient to cover 23 months of their employee salary bill and interest payment in 2008 against just 13 months’ worth of cover in FY19.

India Inc’s financial ratio has only worsened in FY20. The combined net profit of top listed companies (excluding financials and oil) was down 11 per cent year-on-year during the first nine months of FY20 (April-December 2019) while their interest payments were up 15 per cent YoY during the period.

This makes Corporate India more vulnerable to a decline in revenues and profits than it was during the global financial crisis, say analysts.

“Corporate India is financially more vulnerable than it has ever been, including the 2008 global financial crisis.

"The broader economy, including companies, banks, and the informal sector, was in a much stronger position in 2008 and sitting on a large amount of accumulated earnings, thanks to years of strong growth in earnings preceding the crisis,” said Dhananjay Sinha, head of research and strategist, Systematix Group.

The magnitude of the current crisis has been amplified by poor earnings growth and adverse return ratios in recent years.

“Companies have endured successive demand shocks in six years beginning with the sharp dip in energy and commodity prices in 2014.

"It was followed by demonetisation, dislocation caused by goods and services tax, and global trade and tariff wars in 2019,” he added.

The result has been a steady decline in returns ratios, which is likely to push many companies to the brink of bankruptcy.

The return on equity declined from 21.7 per cent to 11.7 per cent in FY19 and a record low of 7.1 per cent during the first nine months of FY20, making operations unviable for many manufacturing companies even before the Covid-19 crisis hit the Indian economy.