In essential items, e-commerce is no match to kirana stores

Despite the failure of most e-commerce players to meet orders through the first week of the lockdown, there has been no serious crisis, thanks to supplies from 11 million small kirana and mom-and-pop stores across the country with the support of over 300,000 distributors and wholesalers. 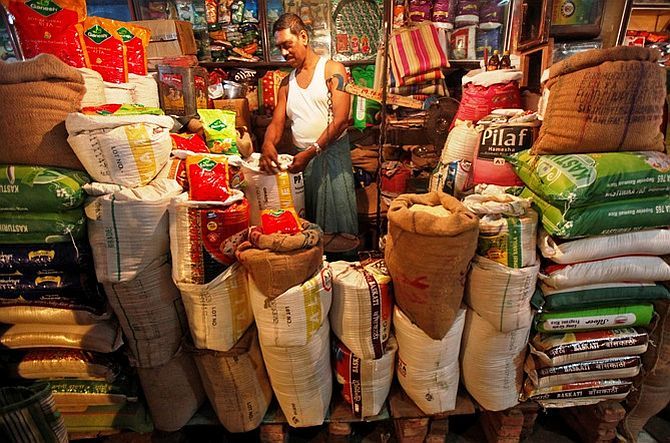 Is the role of e-commerce in distribution during a crisis, especially that of the food and grocery business, exaggerated?

That was clearly reflected in the fact that despite the failure of most e-commerce players to meet orders through the first week of the lockdown, there has been no serious crisis, thanks to supplies from 11 million small kirana and mom-and-pop stores across the country with the support of over 300,000 distributors and wholesalers.

The reason for it is simple. According to KSA Technopak, a global consultancy firm, e-commerce players sell gross merchandise value (GMV) of only $2.5 billion.

However, they have a larger play in urban markets, but even that is a bit of a stretch.

According to the firm, 80 per cent of e-commerce sales of grocery and food is in the six metros - Delhi, Mumbai, Kolkata, Chennai, Bengaluru, and Hyderabad - and is $2 billion.

KSA Technopak chairman Arvind Singhal said: “The size of the e-commerce business is exaggerated and very small in the overall merchandise business. And in the grocery and foods segment it is even smaller.

"So while e-commerce has a role, it is the small kirana and mom and pop shops who are playing a key role in keeping the supply going.”

Their contribution to the essentials consumers require in a lockdown following a caronavirus spread is a mere $2.5 billion in food and grocery and around $100 million in pharma.

Where e-commerce plays a substantial role is in consumer electronics and consumer durables and mobile phones ($12-13 billion) and clothing ($2-2.5 billion), which are not on the priority list of people now.

Singhal said the pressure in some highly affluent urban pockets like Gurugram was because town planners had not even planned for neighbourhood kirana shops and replaced them with malls with large anchor food and grocery stores.

With all malls being forced to remain shut, even these large organised-format food and grocery stores were caught unawares and had to down shutters, adding to the pressure.

So how does KSA see the retail space after the lockdown?

For one, it does not see a major impact on sales of food and grocery retailers.

Two, with garment exporters seeing cancellations of orders, they expect them to dump surplus clothing in the market at discounted rates.

So clothing retailers, which sell at reasonable prices, will see volumes go up.

But big brands and stores would see a substantial impact on their business in the first quarter.