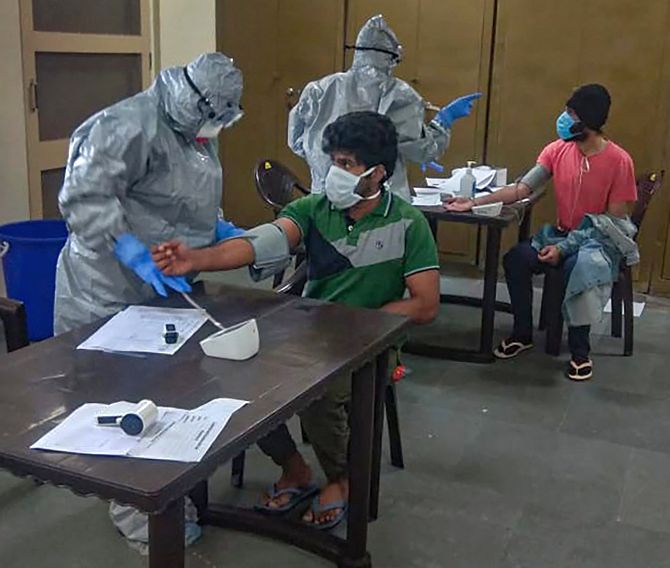 Expenditure by the health and family welfare ministry due to the coronavirus (Covid-19) outbreak surged to almost Rs 13,000 crore in April this year.

This is three times the Rs 4,327 crore incurred in the same month of last year.

In fact, the ministry incurred 19 per cent of its allocated expenditure for the entire 2020-21 in April compared to 7 per cent a year ago and three per cent in 2018-19, showed figures released by the Controller General of Accounts.

If this rate continues, the allocation would be exhausted in just over five months.

"During Covid, there is higher expenditure related to labs and protective gear that have to be taken up.

"Also, other programmes of the health ministry such as controlling diseases such as TB, among others, have to carry on.”

Besides the heads cited above, a large part of the expenditure in April was attributed to procuring personal protective equipment and other medical gear.

It was also due to clinical trials as well as for hiring experts to strategise and build an understanding of Covid-19.

The data for May is not out, but over the past two months, the Indian Council of Medical Research has issued several tenders, including the expression of interest (EoI), for transfer of  technology for developing Covid antibody detection ELISA kits.

The ICMR has also been conducting and approving various clinical trials for Covid-19 and for other medical treatments.

On May 30, the research body also invited EoIs for personal accident insurance cover with Covid-19 extension for its permanent and contractual staff as well as consultants across India.

As of May, the country has ordered 2.13 million combined diagonstic test kits for reverse transcription–polymerase chain reaction (real time RT–PCR), one of the most accurate laboratory methods for detecting coronavirus.

The ministry of Ayush has a small budget of around Rs 2,100 crore for the current financial year.

Of this, 13 per cent was incurred in April itself, against three per cent a year ago.

If one combines the budget allocation for the ministry of health and the mniistry of Ayush for the current financial year, the amount comes to 0.3 per cent of GDP (assuming it remains at the level of 2019-20).

However, if health expenditures through other ministries and departments are also combined, the entire sum comes to about 1.5 per cent of GDP, said experts.

According to them, this should be raised to three per cent.

As the country spends more on health, it would need to find ways to save somewhere else to be fiscally prudent.

CARE Ratings chief economist Madan Sabnavis said the government will have to spend more on health on the revenue side - buying medicines as well as inducting more people as doctors and nurses.

He said cutting back expenditure is challenging.

“You cannot cut on MNREGA, also on PM KISAN. May be, you can touch some peripheral things such as some segments of education like giving free books and all, but that is not much,” he said.

Aditi Nayar, principal economist at ICRA, said in light of the expected revenue shortfall and higher demand for expenditure on items such as health, the government is attempting to compress other revenue spending.

“If this does not create adequate fiscal space, then it may have to resort to deferring capital expenditure or raising borrowing further,” she said.

Most of the expenditure on health is on the revenue side.

For instance, 98 per cent of the money allocated for 2020-21 is pegged on the revenue side, that does not create assets such as hospitals.

The government has already planned to borrow Rs 4.2 trillion more compared to the budgeted amount of Rs 7.8 trillion as its expenditure to fight the impact of Covid-19 rises and revenues fall due to the lockdown.

The Centre’s fiscal deficit has already hit 35 per cent of the budgeted amount for FY21 in the first month itself against 22 per cent a year ago. 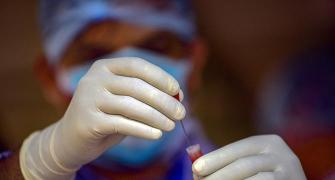 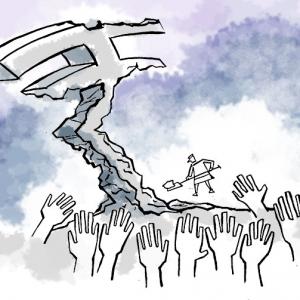