The government on Saturday made its prior approval mandatory for foreign investments from countries that share land border with India to curb 'opportunistic takeovers' of domestic firms following the COVID-19 pandemic, a move which will restrict Foreign Direct Investment from China. 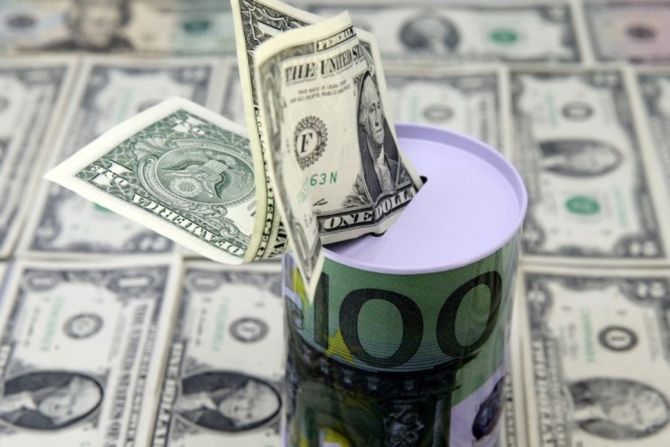 'An entity of a country, which shares land border with India or where the beneficial owner of an investment into India is situated in or is a citizen of any such country, can invest only under the government route,' according to a press note issued by the Department for promotion of Industry and Internal Trade (DPIIT).

It said that the government has amended the FDI (foreign direct investment) policy to curb 'opportunistic takeovers/acquisitions' of Indian companies on account of COVID-19 pandemic.

It also said that government approval will be mandatory for any transfer of ownership of any existing or future FDI in a company in India, which results in change in beneficial ownership, falling under this new restriction.

'In the event of the transfer of ownership of any existing or future FDI in an entity in India, directly or indirectly, resulting in the beneficial ownership falling within the restriction or urview of the (amended policy), such subsequent change in beneficial ownership will also require government approval,' it said.

According to sources,the decision would restrict foreign investments from China amid fears that companies in the neighbouring country might make takeover bids at a time when domestic firms are battling lockdown imposed to contain rapid spread of coronavirus.

Currently such a norm was there for investments coming from Pakistan. A company can invest in India, subject to the FDI policy except in those sectors/activities which are prohibited.

Commenting on this, Nangia Andersen LLP Director Sandeep Jhunjhunwala said Chinese tech investors have put an estimated $4 billion of greenfield investments into Indian start-ups, as per the estimates of India-China Economic and Cultural council.

'Such is their pace that over the last few years, 18 out of India's 30 unicorns are Chinese-funded. Overall, time is right for India to safeguard longer-term considerations and protect its technology ecosystem by blocking hostile deals and effectively dealing with the looming challenge posed by Chinese tech companies,' he said, adding Securities and Exchange Board of India had earlier sought details from custodians regarding investments coming from China into Indian stock markets.

PwC India Partner (Tax and Regulatory) Vikram Doshi, said, "COVID-19 will impact several businesses, especially ones that are highly leveraged. It will open up takeover opportunities in many sectors."

He added that this press note is an attempt to place a check and give the government an opportunity to review such takeovers and investments coming into India from specific jurisdictions.

During the same period, India has attracted Rs 48 lakh from Bangladesh, Rs 18.18 crore from Nepal, Rs 35.78 crore from Myanmar, and Rs 16.42 crore from Afghanistan. There are no investments from Pakistan and Bhutan.

Chinese central bank -- People's Bank of China -- has recently hiked its stake in mortgage lender HDFC Ltd to 1.01 per cent.

Although FDI is allowed through automatic route in most of the sectors, certain areas such as defence, telecom, media, pharmaceuticals and insurance, government approval is required for foreign investors.

Under government route, foreign investor has to take prior approval of respective ministry/department. Through automatic approval route, the investor just has to inform the RBI after the investment is made.

There are nine sectors where FDI is prohibited and that includes lottery business, gambling and betting, chit funds, Nidhi company, real estate business, and manufacturing of cigars, cheroots, cigarillos and cigarettes using tobacco.