Can 'hatred for China' be business opportunity for India?

The first moves are underway. US mobile device maker Apple Inc is looking at shifting nearly a fifth of its production value from China in the next four years and around seven per cent in the next 12 months.

Home-grown Lava International is shifting its entire export production from China to India and even relocating its design centre.

This may be just the start, but these shifts are partly the result of the government’s aggressive pitch to woo global companies to reduce their dependence on manufacturing in China.

Union Minister Nitin Gadkari has been urging businessmen to convert the world’s “hatred for China” into an economic opportunity for India.

Gadkari is even offering land to potential investors along major highway corridors.

The first big policy salvo was the March announcement of the production-linked incentive (PLI) scheme, offering a tax incentive of 4 to 6 per cent on incremental sales for electronics manufacturers, especially mobile device players, on export revenues for five years.

Says Hari Om Rai, chairman of Lava International: “With the government’s PLI scheme, the cost disadvantage between India and China has been bridged. So there is no reason to produce in China.”

States and public sector units are adding their voices to the government’s clarion call.

The Karnataka government has set up a special investment promotion task force headed by the chief secretary focused on “attracting investment and to woo disenchanted MNCs looking to shift their manufacturing bases from China”.

The committee will identify sectors, provide incentives and offer fast-track clearances to such investors.

State-owned BHEL recently floated a global expression of interest inviting companies to partner them and leverage their facilities and expertise to manufacture in India.

Will this be enough when many other countries are also in the race?

After all, despite occasional noises in India, it was Vietnam that capitalised in leveraging the opportunity thrown open by the US-China trade war.

According to a study by Nomura, of the 56 companies that relocated from China between April 2018 and August 2019, only three came to India, compared to 26 in Vietnam, 11 to Taiwan and eight to Thailand.

The government’s plan could also run up against the salvo from US President Donald Trump who has threatened companies like Apple Inc with a new tax to discourage them from shifting their China production to India and Ireland rather than the US.

If Trump makes good on this threat, manufacturing in India might not be that attractive anymore for US MNCs.

Even if the threat is an empty one, there is a general recognition that the Indian government has to do much more.

"We can get manufacturers to move from China to India, but in order to do that, we have to have the same costs of production as well as ease of doing business.”

That remains the big challenge.

The auto components industry exports over $17 billion annually and claims it is competitive with China on labour costs. But the problem lies elsewhere.

Sunjay Kapur, chairman of Sona Comstar and vice-president of the Automotive Component Manufacturers Association, points out that “only cost will not bring production away from China.

"The reason original equipment manufacturers shift component manufacturing, from one country to another is based on ease of doing business, technology capability and costs.”

Simplifying complex land acquisition laws for factories and pushing labour reforms - which the government is trying to do - reducing power costs and supporting R&D (as China does) are among the basic requirements to induce businessmen to consider India, he adds.

Even the PLI scheme has come under scrutiny.

Many point out that the cost disadvantage in making mobile devices ranges from 9 per cent to 26 per cent vis-a-vis China and Vietnam.

So far, the incentive is too little to export profitably.

A contentious issue appears to be the government’s move to disincentivise import of old machinery currently being used by MNCs in China.

Only 40 per cent of the value of such machinery will be taken into account in calculating the investment threshold required by these companies to qualify for incentives.

Foreign players say since they are merely shifting capacity from China rather than creating incremental capacity, they should not be penalised for not making fresh investment on machinery.

There are others concerns too. For instance, an industry veteran says Samsung has already made heavy investments recently in setting up a plant from which 30 per cent will be exported.

But to be eligible for the PLI scheme, Samsung has to make incremental investment every year from now on for the next five years totalling Rs 1,000 crore. Without that, the previous large investment gets no incentive.

Most global investors say India is overestimating the size of the shift of companies from China.

“It will be a gradual process. At the moment most global companies are severely impacted by Covid-19 and are concentrating on preserving cash.

Global investors say India would do better to focus on identifying non-oil and non-metal products for which it has high dependence from China and incentivise local manufactures to produce them in India at competitive prices.

As an analyst says “Why should India be importing virtually all its vitamin C from China?

"We have a vibrant bulk drug industry; they should be given sops to become competitive.” 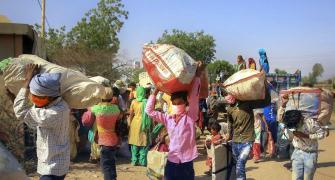 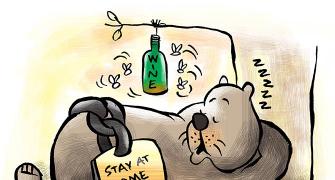