Industry will have to wait, 2nd stimulus package to target MSMEs, weaker sections

The beneficiaries of the second set of announcements are expected to be micro, small, and medium enterprises, farmers, women, poor, migrant workers, and other marginalised sections of the society, reports Arup Roychoudhury. 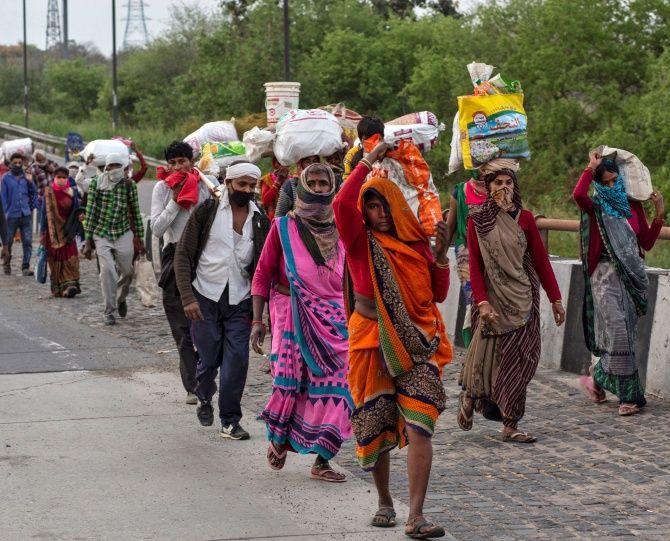 After multiple rounds of discussions within the government, Finance Minister Nirmala Sitharaman is likely to announce this week a second round of stimulus package, for the most affected sections of society.

The beneficiaries of the second set of announcements are expected to be micro, small, and medium enterprises, farmers, women, poor, migrant workers, and other marginalised sections of the society.

However, the industries seeking support from the government, and the ones that are worst hit by the lockdown such as aviation, hospitality, automobiles, real estate, and logistics will have to wait. Any support for sectors and big industry will only happen later, once the economic activity normalises to some extent, officials said.

“There are political compulsions for the government. There should not be any negative messaging. The government cannot be overtly seen to be siding with large industry. It should be seen with the people. Hence, the focus for now is the people and the small businesses,” said an official who has been part of deliberations within the government.

Expected measures include a new credit guarantee scheme for MSMEs, further cash and food transfers. There is a proposal for another hike in NREGA payments, and disbursals under the PM-KISAN scheme could be further expedited.

MSME Minister Nitin Gadkari had last week said the government might soon set up a Rs 1-trillion revolving fund for MSMEs to bring in much-needed liquidity for small businesses.

The view in the government is that as far as industry is concerned, measures targeted at reviving them can be announced at a later date.

“For now, the focus is on the health care side. The economic focus should remain on the poorest sections of the society. As long as the financial sector is relatively stable, other sectors can be revived once the lockdown is lifted and economic activity sees a greater degree of resumption,” said the official.

The first package announced by Sitharaman was around 0.8 per cent of GDP, much smaller compared to most other G-20 nations. The stimulus package by the US was pegged at 11 per cent of GDP, that of Australia was at 9.7 per cent, Brazil was at 3.5 per cent, according to data portal Statista.

Last week, the CII sought creation a Rs 1.5-trillion fund to inject liquidity in the bond markets, simplifying tax structure, and measures to reduce cost of logistics and transportation.

Prime Minister Narendra Modi interacted with chief ministers of states on Monday. It is likely that the lockdown could be extended by some form or the other beyond May 4.