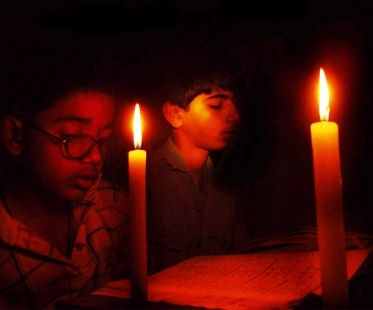 One of the embarrassing and less-discussed aspects of India's power story is that there are over 90,000 megawatt (Mw) of captive generating stations above one Mw capacity. Many of them use diesel.

Consumption of diesel for power generation constitutes about 11 per cent of the total diesel consumption in the country, leading to a spending of Rs 64,200 crore annually.

This does not even include the diesel used for power generation for small-sized generators at residences, agricultural usage and commercial establishments, the data for which are not available.

The "power-backup" market in India is growing at an annual rate of 10 to 15 per cent due to the rising demand-supply gap, forcing diesel to be used as the primary fuel for this purpose.

Let us turn our attention to gas - liquefied natural gas (LNG) - as an alternative to diesel-based power. There are around 30,000 Mw of gas-based power plants sputtering along or lying completely unutilised.

And 19,000 Mw of plants are clearly known to be "stranded" for lack of gas. Not only are they a national waste of ready capital assets but have also contributed in large measure to the non-performing assets (NPAs) stock at banks and financial institutions, and comprehensively stressed out promoter balance sheets.

With much of the hullabaloo about gas-pricing behind us now, it is time to see how making gas available operationally can rev up these assets to provide the much-desired spike in power availability and, more importantly, provide a cleaner and more cost-effective alternative to burgeoning diesel usage.

The use of diesel for power generation is, from all angles, a drag on the economy and environment. The cost of power from a diesel generating (DG) set for non-industry and telecom towers hovers at Rs 24-30/kWh (which includes the cost of amortisation of DG sets over a six to seven year period). The cost for generation in case of industrial captive operations is slightly lower due to the relatively efficient operations and is estimated to be around Rs 15-18/kWh.

On the other hand, LNG-based power can be produced at around Rs 9/kWh based on current LNG prices of about $14/ million metric British thermal unit (mmBtu). LNG power is clean and green. It has a carbon dioxide emission of only 0.55 kg/kWh against 1.06 kg/kWh for diesel. It can also be provided to customers on a 24x7 assured basis as compared to the interrupted and uncertain supplies of wind and solar energy.

With "gas-price-pooling" between domestic and imported sources rightly being taken up as a priority item by the power minister, the challenges to substitute diesel usage are clearly in the arena of "operations" - linkage, transmission and open access. Generating companies and consumers have to comply with the open access regulations of different states, apart from agreeing to respective state load despatch centres and the distribution company's commercial terms for open access.

Apart from this, a key hindrance is the operational feasibility of supplying gas-generated grid power to individual load centres where individual demand may be much less than the minimum threshold of one Mw needed for open access. So, necessary regulatory and policy changes need to be undertaken for:

If all this is addressed energetically in the here and now, over 30,000 Mw of gas-based power plants will immediately be humming with life - a clear demonstration of a quick turnaround effected by the new government as well as a leap forward in the prime minister's vision of "power for all".

It is time to immediately step on the pedal.