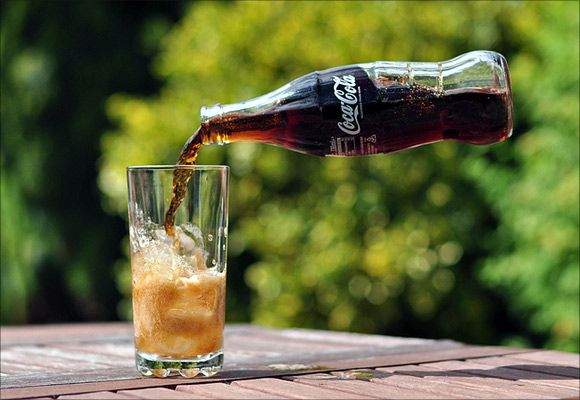 Soft drinks giant Coca-Cola is finding itself in troubled waters, again. After rows over water usage at its plants in Kerala and Uttar Pradesh, it is now the turn of its Gujarat factory.

Congress leader Ahmed Patel has questioned the Gujarat government's decision to allot to a Coca-Cola plant over three million litres of water a day from the Sardar Sarovar Dam, even as many villages in Sanand go without water.

In a letter to Chief Minister Anandiben Patel on October 10, Patel expressed concern over her government's September decision and noted that the dam had been built to provide water to drought-prone parts of North Gujarat, Saurashtra and Kutch.

Patel highlighted concerns raised by non-government organisations and citizens' groups over the alleged daily effluent discharge of 450 kilolitres by the plant, which executives of the multinational beverage company said were baseless because the unit was located in a no-effluent industrial cluster.

Coca-Cola India executives did not want to get drawn into the controversy. They said the company had taken all approvals for the plant and any response to Patel's letter should come from the Gujarat chief minister, to whom it was addressed.

The plant, being set up by Hindustan Coca-Cola Beverages, the largest bottling partner of Coca-Cola India, will be the company's second unit in Gujarat. Coca-Cola has a plant in Goblej in Kheda district, its second-largest in the country after the Dasna unit in Uttar Pradesh.

The Gujarat government has allotted 185,000 square metres to the company to make sweetened aerated drinks like Coke, Sprite, Fanta and Thums Up.

In 2003, the multinational firm had faced resistance from residents in Kerala's Plachimada, who alleged groundwater was receding because of extraction by a Coca-Cola plant set up in 2000 and that it was discharging toxic waste and sludge. The Kerala plant was shut temporarily after the protests.

Coca-Cola in August shelved expansion of its Mehdiganj unit near Varanasi after it failed to get regulatory clearance. Villagers had last February told the government to reject Coca-Cola's application for the $25-million expansion, saying it would lower the area's groundwater. The plant has been in operation since 1999.

The National Green Tribunal allowed Coca-Cola to resume operations at Mehdiganj in June, staying an order of the Uttar Pradesh Pollution Control Board that directed the company to close the factory for violations, including groundwater extraction. The tribunal said the stay would be effective only if the plant limited production to 600 bottles a minute.

The Mehdiganj plant is a single-line facility and the only glass bottle unit of Hindustan Coca-Cola Beverages. According to media reports, groundwater levels in Mehdiganj have dropped 7.9 metres (26 feet) in the 11 years since the start of Coca-Cola's bottling operations there.

Coca-Cola and rival PepsiCo had also been in the news for pesticide residue in their bottles - first in 2003 and then in 2006. The Centre for Science and Environment in 2003 alleged Coke and Pepsi were among a dozen drinks that contained dangerously high levels of pesticides and insecticides. Coca-Cola suffered an 11 per cent decline in sales that year.

In 2006, the controversy resurfaced, with the environmental group alleging Coke still had high pesticide levels.

The Kerala government, by this time, had completely banned the sale of soft drinks, including Coke, in the state. Other states, such as Gujarat, also considered a partial ban on colas.