'Following all the approvals, three years are needed to build such a complex, especially with the challenges that such a great location brings with it,' a Taj spokesperson said. IMAGE: Mumbai's Sea Rock hotel has been levelled to the ground, and the Taj chain of hotels is awaiting clearance to begin construction on a new property. In the background is the Taj Land's End, another Tata group property. Photograph: Hitesh Harisinghani / Rediff.com

Construction on the site of Sea Rock Hotel, opposite the Taj Lands End Hotel in Bandra, in north-western Mumbai, may not start until 2021 as it is yet to get two key clearances from the coastal regulatory zoning authorities.

The Indian Hotels Company, a Tata group firm that runs the Taj chain of hotels, bought the six-acre seafront land from Sanjeev Nanda of the Claridges in 2009 for Rs 7 billion and demolished the structure in 2010.

The group then applied for building permission.

The nods are to be given by the Maharashtra environment department and the Union ministry of environment.

After this, the firm can apply for approvals from the airports authority, certificate from the civic body, nod from the collector, heritage committee and pollution control board, and no-objection certificates from fire officer and high-rise committee.

"Following all the approvals, three years are needed to build such a complex, especially with the challenges that such a great location brings with it," a Taj spokesperson said.

While designs for the new hotel aren't confirmed, Taj officials had said the plan was to connect Sea Rock to Lands End by a bridge.

When combined, the two would account for 1.5 million square feet of space.

The new property would add at least 1,000 rooms, a dozen restaurants and four ballrooms.

"It is prudent to design a blueprint only after knowing what we are allowed to build," the Taj spokesperson said.

Rebuilding Sea Rock will help re-establish IHCL as a top player in north Mumbai, given that it would likely have more rooms than nearby hotels such as Trident, Sofitel, ITC Grand Maratha, Sahara Star and JW Marriot.

"As and when the hotel comes up, it will add strong revenues to the top line, and, more importantly, reinforce the Taj brand," said Rashesh Shah, an analyst at ICICI Direct.

He added the trick to getting it right was in adding just the right amount of rooms.

"Too many may limit its profitability and too few may make it unviable."

One of the former owners of Sea Rock, who declined to be named, said the site was auctioned as a hotel plot in 1969 with a condition that the land needed to be reclaimed before coastal regulation zone laws came into effect.

"After 40-odd years, it's normal to take down a building and reconstruct it," the former owner said.

"If the government does not give you the right to rebuild what you bought, the state should it take back at current market value, or cancel the lease in 2068 (since its a 99-year lease), but allow the current owner to build the hotel in the meanwhile."

The hotel, the former owner said, would create at least 1,000 jobs. 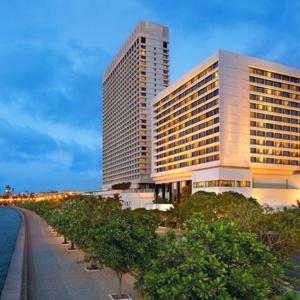 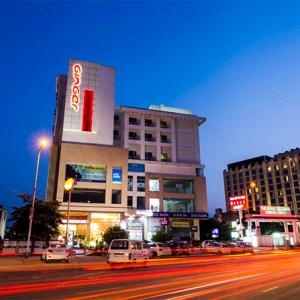