Drug maker Cipla Ltd is rejigging its China business. The pharma company recently exited a significant part of its investment in its Chinese partner Desano Holdings, while ploughing back a part of the funds into the group's units manufacturing biosimilars and active pharmaceutical ingredients (APIs). 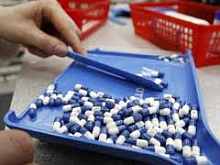 "We have partially exited Desano Group, where we held 49 per cent. However, Cipla would hold stake in three specific companies of Desano Group," a Cipla executive told Business Standard on condition of anonymity. An email query to Cipla Chief Executive Officer S Radhakrishnan did not elicit any response till the time of going to press.

In 2011-12, Cipla's fully-owned subsidiary Meditab Group entered into an agreement to dispose of its investment in Desano Holdings for Rs 396.82 crore. The payment for the deal was completed in April 2012, it is learnt.

According to the company executive, Cipla has redeployed part of its funds from the transaction to grow Biomab Holdings -- for developing biosimilars -- and two other Chinese companies -- Jiangsu Cdymax and Shanghai Desano Pharmaceutical Investment. Jiangsu Cdymax makes APIs, mostly anti-cancer and hormone drugs. Shanghai Desano makes anti-viral and anti-malarial APIs as well as finished antibiotics, antiretrovirals and cardiovascular drugs.

After the liquidation of investment in Desano Holdings, each of these units will see investment of around $20-25

million. The rest of the funds will be used to repay debt.

The move is aimed at streamlining investments in Cipla's core business. "Investment in specific verticals make more sense for Cipla. Biomab Holdings is a company focused on biosimilar drugs, an increased investment in the company would help Cipla's goal to develop low-priced biotech drugs," the official said. The company plans to launch a clutch of products in the segment over the next two to three years.

Only last year, Cipla, known for its low-cost antiretroviral medicines, made significant investments to build facilities in India and China to produce biosimilar products.

"There is certainly a lot of focus in Cipla to launch biosimilar products. However, it has to start from India and other emerging markets. Doing so in the regulated markets may still take some time," says Praful Bohra, senior research analyst at Nirmal Bang. Bohra also feels Cipla may require to invest more in the biotech segment to make a mark.

Besides biotherapeutics, investment into the other two companies  -- Jiangsu Cdymax and Shanghai Desanoare expected to help Cipla's formulations and API business.

"Jiangsu Cdymax has factories to manufacture API and intermediates, whereas Shanghai Desano is working on certain new formulation products. So, with investment in these companies, we will get to use their manufacturing capacities and also get participation when they launch these products," the Cipla official said.
Sushmi Dey in New Delhi
Source: 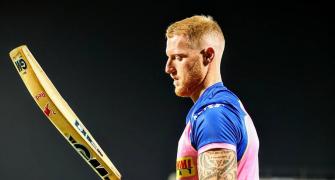