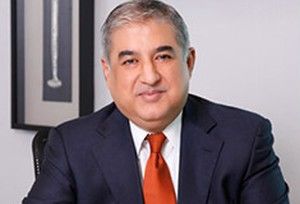 Rajiv Kochhar, who was asked to appear at the CBI office in Mumbai, was  examined about the loan and his links with Venugopal Dhoot, the promoter of the Videocon Group, and Videocon, they said.

He was detained at the Mumbai airport on Thursday as he was trying to board a flight for a South East Asian country, on the basis of a lookout circular issued by the CBI, they said.

He was questioned by the CBI after his detention at the airport.

The agency has registered a preliminary probe naming Videocon Group promoter Venugopal Dhoot, Deepak Kochhar and unidentified others in connection with the loan, they said.

A preliminary inquiry is the first step by the CBI to gather information about the allegations. If the agency is convinced there exists prima facie material in the matter, it may register a regular case against the accused.

The deal recently made news after reports questioned the loan and linked it to a possible quid pro quo that Dhoot allegedly had with NuPower Renewables, a company founded by Deepak Kochchar, Chanda Kochar's husband and Rajiv Kochar's brother.

Last week, the ICICI Bank board came out in support of Chanda Kochhar, saying it had full faith and confidence in her. It described reports against her regarding credit disbursement to Videocon Group as "malicious and unfounded rumours".

The board also reviewed the bank's internal processes for credit approval and found them robust, the private sector lender had said in a statement.

The bank had clarified that none of the investors of NuPower Renewables was a borrower of ICICI Bank.