The Eastern Caribbean Supreme Court in the High Court of Justice Commonwealth of Dominica on Friday put a stay on the repatriation of India-born fugitive Mehul Choksi from Dominica. 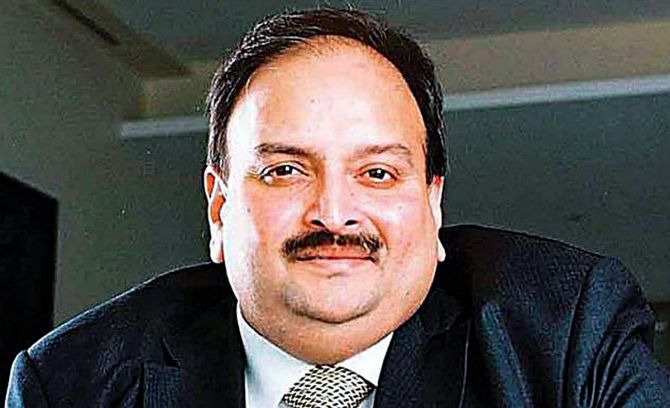 "This order is to be served immediately on the defendants by email and fax and in person, and the head of immigration at the Douglas Charles airport by email and fax," read the court order.

The court will hold the next hearing in the matter on May 28 at 9 am local time.

Wayne Marsh, Choksi's lawyer in Dominica, earlier said that they were denied access to their client and it was only on May 27 that he was finally given access to speak to Choksi.

"I noticed that he was severely beaten, his eyes were swollen and had several burnt marks on his body. He reported to me that he was abducted at Jolly Harbour in Antigua and brought to Dominica by persons whom he believed to be Indian and Antiguan police on a vessel he described to be about 60-70 feet in length," Marsh told ANI.

Terming it a "travesty of justice", Marsh added that the whole nation needs to speak out and as a lawyer they would do whatever they can to stop the abuse of Choksi.

Marsh said that the fugitive diamantaire is entitled to a legal representation and denying him the access is a breach of his human rights.

"...First of all, Choksi is entitled to a legal representation while he is in Antigua or Dominica. The fact is that he is an Antiguan citizen and not an Indian citizen. I have heard the prime minister of Antigua Gaston Browne said on air this morning that he has instructed the Dominican government to essentially... (I will put in this way) essentially take Choksi to India because if he be returned to Antigua he would have the constitutional protection which he would be entitled to," Marsh told ANI over phone.

"It is a breach of his human rights, it is a breach of his constitutional rights as well and its must end now. We will do whatever we can to save him who is very fearful for his life. He is not able to speak to his family, including his wife, brother, and sister," the lawyer added.

The lawyer added that Choksi approached him because he was the only person the diamantaire could speak to since he was abducted from Antigua.

"One instruction from my client is that this matter deserves a serious public attention and as a lawyer we will do whatever we can to have him receive the legal protection that he deserves," Marsh further said.

Antigua and Barbuda Prime Minister Gaston Browne said it is ultimately a sovereign decision of the government of Dominica which country they will repatriate Mehul Choksi to.

"Ultimately, it is the sovereign decision of the government of Dominica as to which country they repatriate Mehul Choksi, unless the Court states otherwise," Browne told ANI.

Meanwhile, Choksi’s legal team on Thursday filed a habeas corpus petition in Dominica and has also highlighted his deprivation of access to legal assistance there, confirmed his Lawyer in India, Vijay Aggarwal.

While talking to ANI, Aggarwal said: "The legal team has filed a habeas corpus petition in Dominica for Mehul Choksi and has also highlighted deprivation of access and constitutional rights to him for legal assistance."

Habeas corpus is a writ requiring a person under arrest to be brought before a judge or into court, especially to secure the person's release unless lawful grounds are shown for their detention.

Choksi and his nephew Nirav Modi are wanted in India for allegedly siphoning off Rs 13,500 crore of public money from the State-run Punjab National Bank using letters of undertaking.