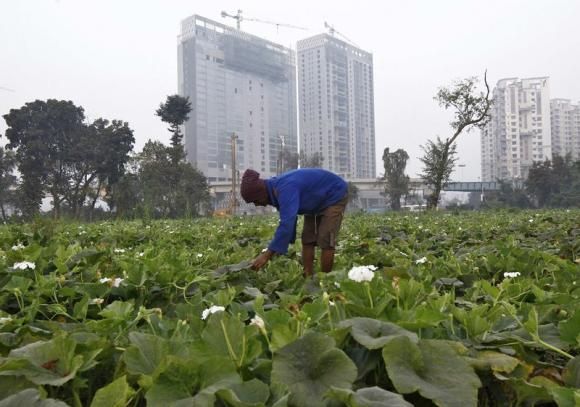 Attributing the uptick in growth to gains from low oil prices and the government's focus on capital expenditure, foreign brokerage HSBC on Monday said it would be difficult to maintain the momentum next year though.

"Our key drivers of growth over the last year could face headwinds, going forward," it said in a note, elaborating that oil prices which slid to $40 a barrel from $110 during the year could not see such a dramatic correction, while implementing the proposals of the Seventh Pay Commission may result in a jump in wage bill," it said.

"As the government takes on the challenge of fiscal consolidation and a higher wage bill over the next few years, prospects of additional expenditure switching (from current to capital) may also be bleak.

"And that's what makes likelihood of continued addition to GDP growth challenging over the next year," the brokerage house reasoned.

It said hopes for incremental growth depend on implementation of both legislative and executive reforms over the short to medium term.

India's GDP growth quickened to 7.4 per cent in the September quarter helped by 9.3 per cent growth in manufacturing.

HSBC on Monday called it a ‘patchy’ recovery, with only 50 per cent of GDP improving, saying 35 percentage point of the improvement was largely led by the oil bounty and the remaining 15 percentage point by government action.

Expressing its disappointment over the divestment programme, it said the fiscal stance could well have been a drag in growth, but the government was saved by the oil prices and the capex.

It appreciated states' stance of sticking to fiscal prudence, acknowledging that additional resources received from the Centre would also have helped.

On the growth front, it noted that all is ‘not so gloomy’, and said the higher consumption as a result of hike in salaries through the Pay Commission and monetary transmission in reducing interest rates can help drive growth.