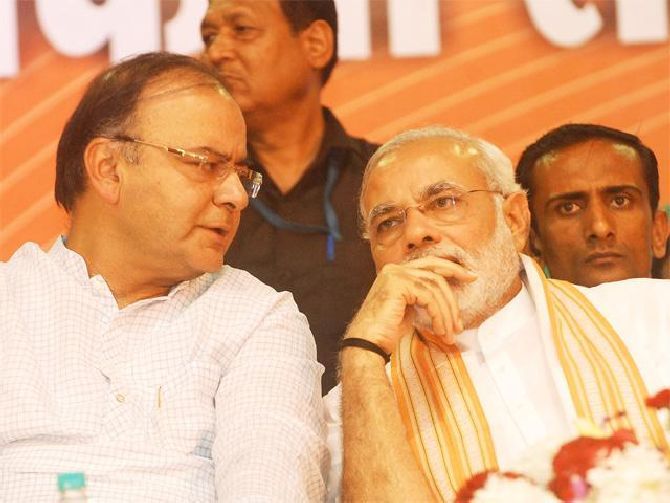 The Union cabinet on Monday cleared four supporting Goods and Services Tax legislations, paving the way for their introduction in Parliament as early as Monday.

“The GST legislations have been cleared by the cabinet. These would be introduced in Parliament this week, could be even today (Monday),” a source said.

The GST legislations were the only agenda in Monday’s meeting of the Union cabinet, chaired by Prime Minister Narendra Modi.

Sources said the four legislations would be taken up for discussion together in Parliament. Once approved by Parliament, the states would start taking their SGST bill for discussion and passage in the respective state assemblies.

The GST Council, in its previous two meetings, had given approval to the four legislations as also the State-GST (S-GST) bill. While the S-GST has to be passed by each of the state legislative assemblies, the four other laws have to be approved by Parliament.

Passage of all the legislations would pave the way for introduction of GST from July 1.

The government is hoping the C-GST, I-GST, UT-GST and the GST Compensation laws will be approved in the current session of Parliament and the S-GST by each of the state legislatures soon.

While a composite GST will be levied on sale of goods or rendering of services after the new indirect tax regime is rolled out, the revenue would be split between the Centre and the states in almost equal proportion.

This is because central taxes like excise and service tax and state levies like VAT will be subsumed in the GST.

While the C-GST will give powers to the Centre to levy GST on goods and services after Union levies like excise and service tax are subsumed, the I-GST is to be levied on inter-state supplies.

The S-GST will allow states to levy the tax after VAT and other state levies are subsumed in the GST. The UT-GST will also go to Parliament for approval.

The Council has already finalised a four-tier tax structure of 5, 12, 18 and 28 per cent, but the model GST law has kept the peak rate at 40 per cent (20 per cent to be levied by the Centre and an equal amount by the states) to obviate the need for approaching Parliament for any change in rates in future.

Similarly, the cess to be levied on top of peak rate on selected demerit goods like luxury cars for creation of a corpus that will be used for compensating states for any loss of revenue from GST implementation in the first five years, has been capped at 15 per cent.